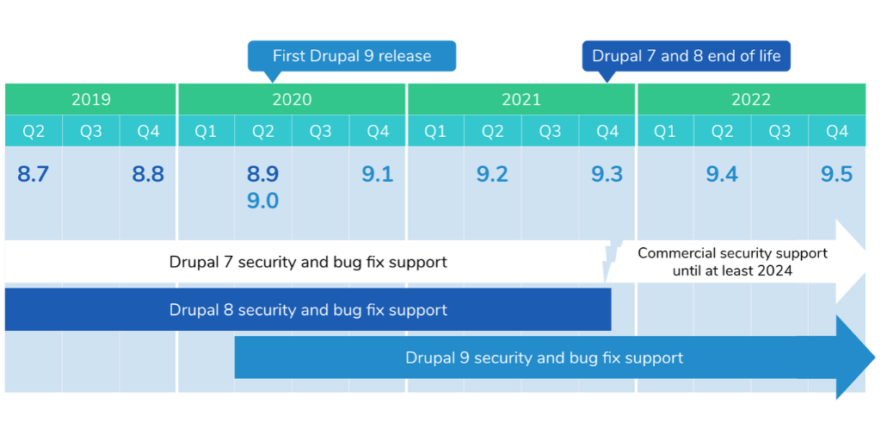 Having developed web applications using Drupal 6, 7, and 8, the launch of Drupal 9 is incredibly exciting. Ironically, I started working with Drupal 6 at a time when Drupal 7 had already been released. However, there was a huge resistance in adopting Drupal 7 due to its incompatibility with contributed (open source) modules. This often meant that adoption of Drupal 7 would prevent companies from using the modules their websites relied upon to function in their entirety.