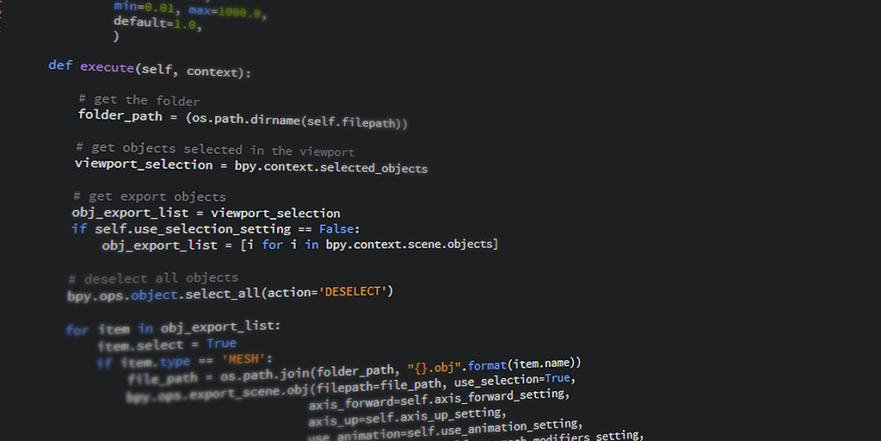 According to the 2019 StackOverFlow Developer survey, Python is the fastest growing major programming language, with 41% of software engineers using Python.  With the continuing popularity of Python, choosing the best IDE (or Integrated Development Environment) is important.

Development and testing is becoming increasingly complicated with multiple files and unit tests involved. Life is easier for programmers when they can write, run, and wrangle their code all in the same place. That’s why IDEs or code editors can be so helpful.

In a nutshell, an IDE is a toolkit designed for handling different components of software development in one place. For example, usually, an IDE includes:

To execute all functions and make developers’ jobs easier, Python IDEs need to be fast, clear, and logical. With a wide range of IDEs, it’s often difficult to pick the best tool for your specific solutions.

So, we compiled a list of the most powerful Python IDEs for various purposes and complexities to help you choose the IDE for your use case.

Developed by GitHub, Atom is a versatile text editor which uses an electron framework.  It can be utilized cross-platform with a considerable memory footprint. Programmers who want their apps to be lightweight won’t like the 400MB (including its dependencies) install footprint. However, on a modest system, it runs fine.

With the last Atom update, there have been improvements made to reduce latency time.

Atom’s success is in part due to its highly customizable interface. It is a novice-friendly comprehensive package manager with built-in Git and GitHub integration. Easy to use auto-completion and syntax highlight tools while coding.  Atom also offers almost everything that VC Code does. Atom boasts a well-documented support library and community oriented user experience.

The real disadvantages are the sizable memory footprint and excessive RAM consumption. It’s not suitable for handling large code files, and further improvements must be made in optimization and system latency.

It is easy for programmers to overlook IDLE. Still, it is one of the best Python IDEs. IDLE is Python’s integrated development environment and, based on that fact alone, worth considering. IDLE is stripped-down compared to some of the other offerings around. It has everything you need, with easy to master features. It could be considered a Python IDE for beginners, yet more experienced coders also utilize it.

IDLE is coded in Python and uses the lightweight Tkinter toolkit to draw its GUI.

It has a practical Python shell, where you can play around with code snippets. The keywords and output are nicely colored, which many programmers appreciate.

IDLE supports using both tabs or spaces for indentation. It can automatically convert between the two, and indents multiple lines at a time.

IDLE does not have any project management facilities. Though, that isn’t a problem, if your project requires only a handful of files. It has an excellent debugger that allows single-stepping through code. You can also over-step through each high-level function should your project require.

Visual Studio Code works with several platforms, including Linux, macOS, and Windows. It’s Microsoft’s code editor, and the most popular choice among devs with over 50% of engineers having used it for Python programming.

The code features its own debugger and supports linking.  With different source control integrations, it has a built-in terminal and well stocked extensions marketplace.  It can run and debug any project’s unit tests through the unittest, pytest, or nose frameworks.

Visual Studio Code is quite configurable with a settings panel. Each highlighted section unfolds the corresponding section of the settings.json file.

This IDE is a bit bulky. It does have support for Intellisense, Microsoft’s take on code completion, which many coders will appreciate. For Python, in addition to suggesting completions, this setup provides on-the-fly popups showing the documentation for methods and classes.

VS Code is not suitable for handling large code files. It is also difficult to find the right extension for you needs due to the availability of so many.

Eclipse is a Python development environment designed for programming in Java. With a system of plugins and extensions, it can be used with other programming languages including Python.

Pydev is the plugin that lets Eclipse be used as a Python IDE.  It also supports Jython and IronPython. Pydev uses advanced inference techniques, allowing for code completion and analysis. Pydev offers more features such as a debugger, an interactive console, code coverage, and basic syntax highlighting.

Eclipse and Pydev when used as a Python IDE are easy to get started. Moreover, it’s free, and has the code completion and analysis capabilities programmers love.

The real disadvantage is that the user interface is not very enriching. Still, this IDE has so much going for it that this might be forgivable for some coders.

Developed by JetBrains, PyCharm stands out from the competition with its productivity tools that allow for quick fixes. It is available in three versions – Apache-licensed Community version, the Educational (Edu) version, and a proprietary Professional version. The first two are open source and free, while you must pay for the Professional one.

The Community version has some useful features, such as syntax highlighting, auto-completion, and live code verification. The paid ones have more advanced features, including full database management and a multitude of vital Frameworks.

The greatest advantage of the PyCharm setup is the active community support. The live code verification and syntax highlighting are excellent features as they can execute edits and debugs Python code without any external requirements.

Most coders don’t like the slow loading time. The default settings can also require adjustments before existing products can be used, which might add extra time to a project.

First conceived as an extension for Vim, Sublime Text is a generic text editor coded in both C++ and Python. Since the release of version 2.0, this software supports 44 programming languages.

The first advantage is its discreet and minimal interface allowing you to focus on the text and not a myriad of toolbars. The text is not hidden by windows and uses as much space as possible so you can work with it in full-screen, multi-screen, and side-by-side file editing.

Once installing Sublime Text as a Python IDE, different plug-ins and packages make it a high-quality and powerful tool at your disposal. You can use Sublime Text to develop code easily within Python and  incorporate many of the features of a basic text editor, including customizable syntax highlighting.

The main advantage of Sublime Text is that it is very fast and has few bugs. You can use it to open large files with support for many languages.

The real disadvantage is that everything has to go through JSON and is difficult to modify. Learning the shortcuts can also be time-consuming.

Vim is the 5th most popular IDE online with over 25% of devs using it. It’s an IDE that allows for the manipulation of text files.

Vim differs from many other Python text editors in its modal mode of operation. It has three basic modes: Insert mode, Normal or Command mode, and Command-Line mode.

Its main advantage is that the software is feature-rich. The automatic indentation is adapted to the language and it offers a highly-regarded user experience with community support. The recognition, support, and conversion of file formats, such as Mac, MS-DOS, and UNIX are also practical.

ost programmers agree that the main disadvantage of Vim is its lack of innovative features. It seems rather basic compared to some of the other IDEs on the market.

Originally named Pydee, Spyder is a cross-platform IDE. Under a non-copyleft license, the software is released as open source by the author with permission to redistribute and modify it. Since 2012, the Python community has maintained Spyder through their collective contributions.

Spyder’s basic features include syntax highlighting and auto-completion. It integrates with many scientific use libraries, such as Matplotlib, NumPy, IPython, and SciPy. Installation is quite easy, due to the Python package manager.

The greatest advantage of Spyder is the community support you get when you use it with development tool features and complete documentation.

Execution and optional dependencies aren’t appealing to some programmers.

Rodeo python is thought to be the best IDE for machine learning as ML programming scales up in the coming years. Developed by Yhat, Rodeo could be considered an integrated development environment for Python. It was built expressly for data science and machine learning.

Rodeo IDE helps to interact and explore with data and plots. The Rodeo IDE has many similar features to Spyder, and it runs on the IPython Kernel.

What’s ideal about Rodeo IDE is that it comes with built-in IPython support that helps programmers write code faster with features like auto-completion and syntax highlighting.

The main cons of Rodeo are the lack of its memory and overheating problems. However the more significant problem is that this IDE has been abandoned by its developers and will not be updated over time.

Slava Vaniukov, Co-Founder and CEO of software development agency Softermii, has over 9-years of experience in the web and mobile development industry. After getting extensive experience as an Engineer and Senior Tech Lead with the focus on MVP development and UX/UI design, Slava joined forces with like-minded professionals to start his own company. He is an author at the Softermii blog and tech blogger featured at a wide range of other web resources.