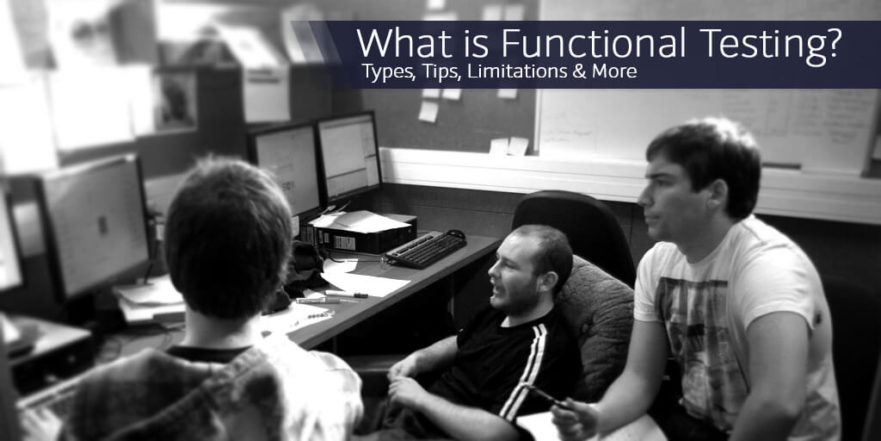 A Definition of Functional Testing

Functional testing is a type of software testing that evaluates the performance of individual functions of a software application. The purpose of functional testing is to ensure that the application and all of its individual functions work as they should in the real world and meet all requirements and specifications. It’s a valuable testing method for verifying that the output provided by each application function is in line with what’s expected.

Functional testing is typically conducted by providing an appropriate input to the function being tested (in line with the typical inputs expected in real-world use cases), and then verifying the result by comparing it to the expected result. This type of testing can answer questions about the capabilities of a software application, such as what actions users are able to perform.

It’s typically approached from one of two perspectives:

In the best-case scenario, an application that doesn’t work as it should is a frustration for end users. But for applications designed for business use, the consequences can be serious. Many industries have specific compliance requirements and regulatory guidelines that must be met, and applications that fall short of meeting these requirements almost always result in negative outcomes for the user.

For instance, a payroll application that fails to accurately account for the various taxes the business is responsible for calculating and remitting can lead to underpayments, penalties, and even fines from regulatory agencies. From a minor inconvenience to a serious disaster, there are always consequences for applications that don’t function properly, and functional testing is one of the most effective ways to avoid these negative outcomes.

Because functional testing is carried out with the end user’s requirements in mind, it aids developers in creating test scenarios that closely mimic real-world use scenarios. The more specific the user specifications, the better functional testing works to ensure that these expectations are met by informing the design of appropriate functional tests. Ultimately, the effectiveness of the testing hinges on knowledge of user requirements coupled with savvy test design.

Functional testing focuses on how well an application does what it’s supposed to do, although it doesn’t include other performance issues that aren’t directly related to its functions but are nonetheless crucial factors to consider when determining whether an application is ready to be deployed. Typically, evaluation and usability factors not falling under the functional testing umbrella are categorized as “non-functional testing,” which may include:

Essentially, functional testing encompasses the key components of an application’s design, ensuring that each function does what it’s expected to do based on the application’s design and client or end user requirements, but it fails to account for other variables such as how long it takes specific functions to execute, security, and other concerns also of vital importance to most users. So while functional testing is an integral testing process, it alone doesn’t ensure that an application is ready for real-world use.

According to Software Testing Fundamentals, other disadvantages of functional testing include the possibility of missing logical errors in applications and the high probability of conducting redundant testing. Functional testing also requires an in-depth knowledge of user requirements, which may not always be clear or readily available, and designing context-specific tests to evaluate functional performance can be time-consuming.

Functional testing can be a lengthy process, and your timeline can change depending on whether functional shortcomings are identified in the testing process. That means you’ll need to be flexible so that your team can easily adapt to changing demands.

Additionally, most software applications have a plethora of individual functions, so having an established system and defined criteria to help you prioritize tests will help your team to stay focused and ensure that the most critical functions are evaluated first. You’ll also want to make sure that your testing plan covers all the primary business use cases – evaluating the functions through a typical process flow, start to finish. In fact, it’s a good idea to craft user stories before you begin the functional testing process to provide guidance and context as you plan and design appropriate tests.

To make the best use of functional testing efforts, map functions to business requirements, prioritize individual tests accordingly and maintain flexibility to adapt to your sure-to-change needs as functional issues are discovered. Above all, never limit testing to functional testing only. Failing to address performance issues can make or break the success of your application, with serious ramifications for end users if your application doesn’t perform to expectations.