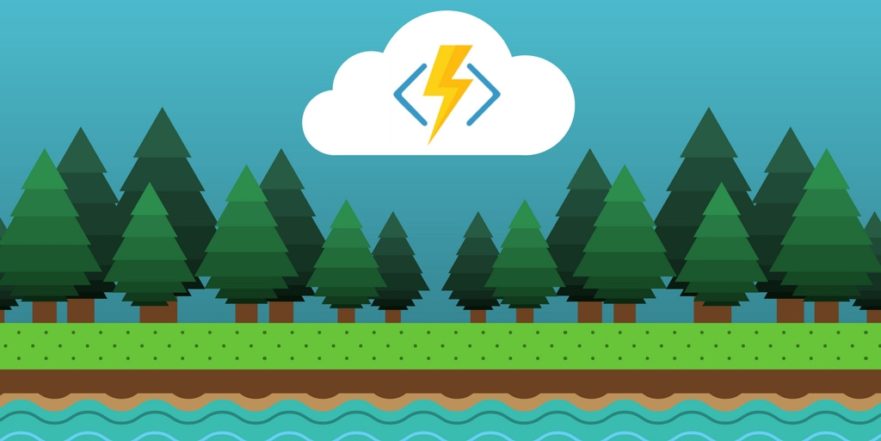 You can check out the final solution here.

Azure Functions is one implementation of the serverless execution model. Serverless compute platforms such as Azure Functions, AWS Lambda and Google Cloud Functions represent possibly the most significant change in how application code is managed and executed since the rise of web applications.

The idea is that we deploy our application code to a platform. This platform bundles together the infrastructure and runtime framework responsible for hosting and invoking our application. Technologies have existed that provide some of these features for web applications already (Azure App Service, Heroku, etc.).

The main difference here is a common pattern for application development that is agnostic to how the application is invoked (HTTP request, timer, queue message, etc.). Azure Functions supports many different types of triggers, not just HTTP requests.

Possibly the primary highlight of serverless is the ability to quickly scale up and down based on the demand. We are no longer paying for a set of VMs constantly running whether they are being fully utilized or not. This allows us to improve our utilization efficiency, paying only for what is used.

Serverless applications are “run in stateless compute containers that are event-triggered, ephemeral (may only last for one invocation), and fully managed by a 3rd party” [Fowler].

Note that .Net Azure Functions are only semi-stateless. For performance reasons, there is no app domain isolation between functions within the same function app. This means statics are persisted across invocations until the app domain is unloaded.

Serverless solutions such as Azure Functions are growing in popularity because of their promised simplicity. You can just write all your code in your browser, right? I’m being facetious here — this strategy is unlikely to scale well for applications of even moderate complexity. However, while more things have been built into the framework and we can be concerned with less, this technology is very young and concerns that have been historically trivial with “first-class” applications require a bit more work. A good example of this is application logging.

History of Logging in Azure Functions

The first logging mechanism available in Functions was through the TraceWriter class. You can accept a TraceWriter instance as a parameter in your function method.

The TraceWriter will make logs available through the “Invocation log” in the portal and the command line when debugging with func.exe. You can also view these logs in Kudu or as the raw data stored in Table Storage under the storage account configured using the AzureWebJobsStorage setting. 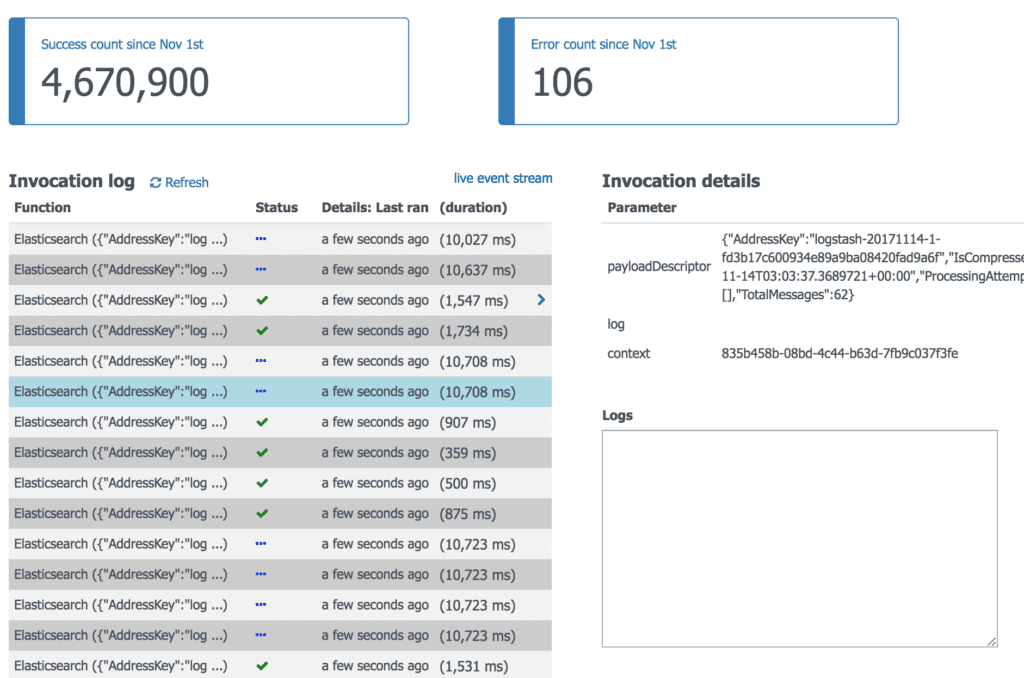 Unfortunately, we are not provided any mechanism to access the ILoggerFactory instance that creates the loggers. This means we need to create an implementation of the Adapter pattern so that our service code does not depend on the concrete TraceWriter type.

See the full example implementation here. Some of the code below has been simplified to improve readability.

Azure Functions does not load configuration from an app.config or web.config file. So, loading config is not automatic and we would like to avoid disk IO on invocation. So, you can use the BasicConfigurator to add your desired appender:

Now create an adapter for the logging interface of our choice. The adapter interface can be Microsoft’s ILogger, or log4net’s ILog, or whatever interface you have chosen for the rest of your stack. An example implementation using the log4net ILog interface is here.

You may notice that we need to have a type definition to create our logger. The logging adapter needs to know the type that will be receiving the adapter instance. In exceptionally simple functions, you can keep it simple and manually construct your dependency graph on invocation:

However, for more complex applications, you can use dependency injection (DI) to handle injection of your logger. Since the Azure Functions runtime ships with Autofac included, it makes sense for us to use that as the DI framework. Autofac provides dynamic component resolution hooks so that we can provide the type definition to the consuming logger. In the example, I do the following:

Now add the TraceWriter to the container by creating a scope:

Luckily, in the case of Serilog, there is already a sink (Serilog.Sinks.AzureWebJobsTraceWriter) built exactly for this purpose.

You can then inject the log instance into the scope in the same way that I demonstrated above with log4net.

While there are many other logging providers that are not covered here, I believe that I have equipped you with the tools that you will need to implement logging for the other providers.

If you would like to ship your Azure Functions logs to Stackify (and we hope you do!), we recommend using one of our extensions to the major logging frameworks. Also, the demo repository provides examples for shipping log4net and Serilog logs to Stackify.

Tip: When you are hacking around with a new app and trying to send logs to Stackify, try filtering down to the function app and use the log tailing feature so you can see the logs as they are processed by Stackify.

I used the Microsoft.Extenstions.Configuration packages to load configuration from environment variables and pass them to the Stackify library:

Configuration from local.settings.json will be available during development. For deployed functions, you can apply settings through the portal: 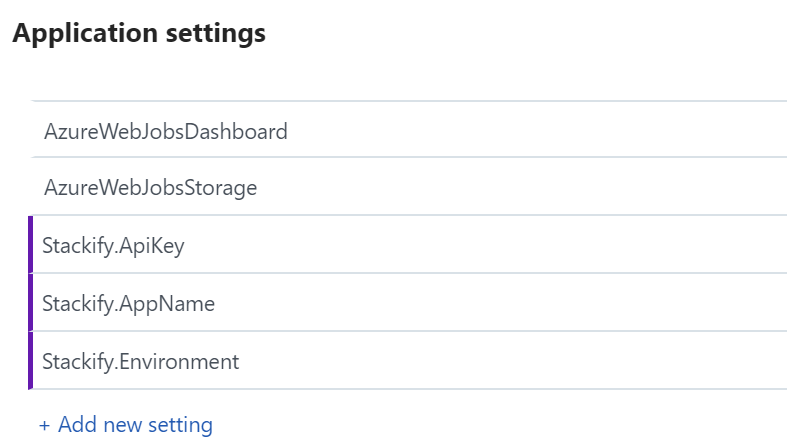 Whatever solution that you choose (at this time) will contain some temporary stopgap measure(s) until there is a formalized solution for dependency injection. This may involve some effort to reuse prior art introduced in ASP.NET Core. Until then, we’ll be tracking the progress at Azure/azure-webjobs-sdk-script#1579.

The best advice that I can give at this point is to ensure that your service code is dependent on the ILogger interface or some other abstraction that you may define, but not TraceWriter . Eventually we should be able to pull back the adapters introduced above and use a proper DI-based logging solution.

Software Engineer at Stackify and part-time consultant with over 10 years of experience in software development. He specializes in developing .Net and JavaScript applications with a heavy focus on clean coding practices, testing and architecture.