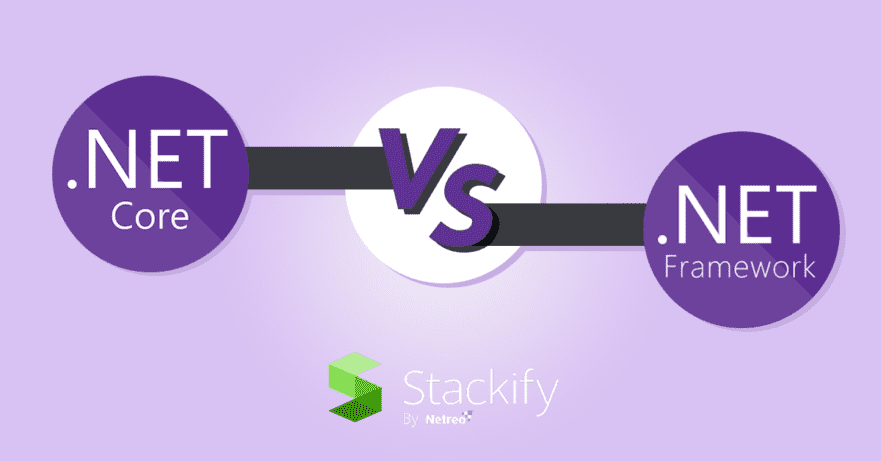 A while back we predicted that .NET Core would be the next big thing, offering developers many options in application development. Indeed, there is huge demand for developers skilled in this technology. But how does it differ from the .NET Framework, and what do you need to know to use them both effectively?

Today, we’ll contrast .NET Core vs. .NET Framework to help you choose which one to use for your next project. In this post, we’ll explain their key differences and how to make the best use of each. Let’s begin with a background on .NET.

Historically, the .NET Framework has only worked on Windows devices. The Xamarin and Mono projects worked to bring .NET to mobile devices, macOS and Linux. Now, .NET Core provides a standard base library that’s usable across Windows, Linux, macOS and mobile devices (via Xamarin).

There are four major components of .NET architecture:

Microsoft maintains both runtimes for building applications with .NET while sharing many of the same APIs. This shared API is called the .NET Standard.

Developers use the .NET Framework to create Windows desktop and server-based applications. This includes ASP.NET web applications. On the other hand, .NET Core is used to create server applications that run on Windows, Linux and Mac. It does not currently support creating desktop applications with a user interface. Developers can write applications and libraries in VB.NET, C# and F# in both runtimes.

C# is an object-oriented language similar to other C-style languages. The learning curve should not be a problem for developers already working with C and similar languages.

F# is a cross-platform language that also uses object-oriented programming.

When to Use .NET Core

You should use .NET Core when:

When Not to Use .NET Core

.NET Core does not have some of the .NET features nor support for all libraries and extensions. As such, you may encounter a few situations in which .NET Core may not be the best option (though continued development will likely eliminate this drawback). Consider the following scenarios:

Developers Should Use .NET Framework When…

The .NET Framework provides services that include:

.NET Framework can be used with Docker and Windows Containers and is most feasible when:

When Not to Run .NET Framework

There are also a few situations in which you shouldn’t run the .NET Framework. These include when:

How to Port from .NET Framework to .NET Core

If and when you decide to migrate your .NET Framework to .NET Core, follow these steps (after a proper assessment, of course):

NuGet packages are easy to check plus the package has a set of folders for each platform. You can also look for a folder or entry on the Dependencies page with any of the following names:

Since .NET Core 2.0, a compatibility shim allows referencing .NET Framework packages that haven’t been switched to use .NET Standard. Be sure to thoroughly test these packages as they may still have issues if they use unsupported APIs. 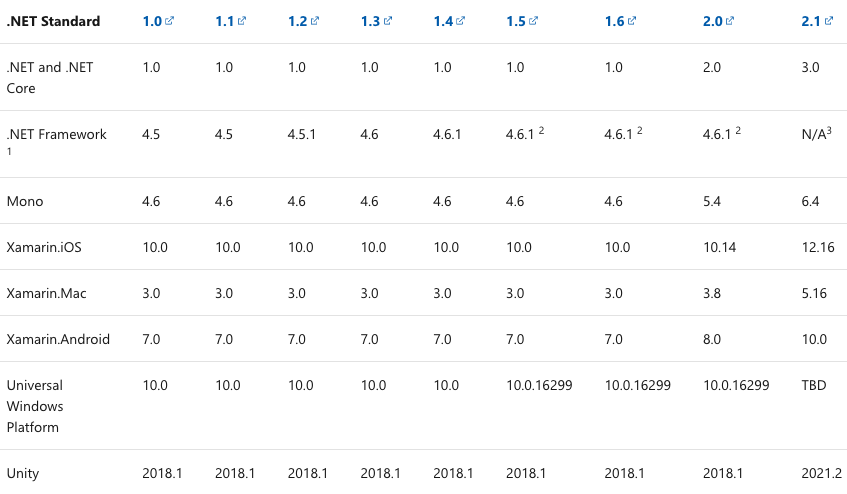 All the projects to be ported need to be targeted to .NET Framework 4.6.2. This will ensure API alternatives for .NET Framework specific targets can be used for non-supported APIs.

This is done easily in Visual Studio with a “Target Framework” command and recompiling the projects.

Porting code to .NET Core is a significant change; testing is strongly encouraged. Use a suitable testing framework such as:

With tools like xUnit, it’s possible to use templates and edit them to write .NET Core tests. Here’s an example of an edited .csproj file:

The best way to port the code depends on how the framework is structured. But breaking the code base into steps and layers should work well. Here is how to do it:

Then There is Xamarin

Xamarin may sound like a new prescription medication. However, Xamarin is a platform for developing apps that run on iOS, Android or Windows Phone devices.

Xamarin is written in C# and available in all editions of Visual Studio.

Microsoft promises that Xamarin is the best way to create a user interface (UI) and optimize performance in apps on multiple platforms. This is important today when apps need to run on at least iOS and Android devices.

Xamarin shares code across platforms and uses a single technology stack to decrease time to market and engineering costs. But user interface-intensive apps may need more platform-specific coding. The amount of code sharing and savings then decreases.

It’s important to always have a good APM in place for your .NET application. Retrace is a great full lifecycle option that you can try for free.