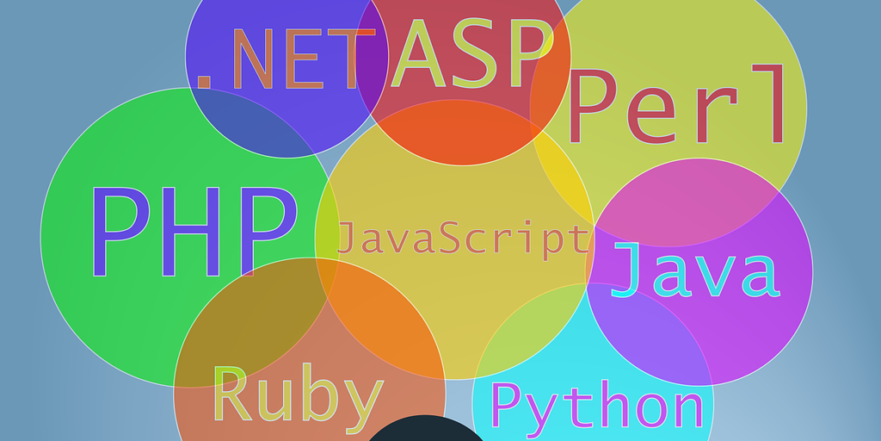 Python is widely accepted as the best programming language for beginner developers as it is simple and easy to use and deploy. It is widely used to build scalable web applications. Notable companies, such as Facebook, Twitter, Pinterest, and SurveyMonkey, are built on Python. Python offers excellent library support for a large community of developers.

Python can be used to write functional, object-oriented, or procedural programming styles. Given its simplicity, Python is a powerful language for groundbreaking technologies. AI and ML, IoT, and Data Science are some of the fields in which Python plays a prominent role.

R is a programming language developed in 1993 by Robert Gentleman and Ross Ihaka with the name “R” was taken from its developers’ names’ first letter. It runs on Linux, Windows, and Mac operating systems.

R makes use of statistics to discover patterns in large data blocks. It comes with standard data processing functions and statistical algorithms used in distributed libraries. Most programmers use R as a high powered scratchpad inside an IDE to play with extensive data. Few of the top IT firms, such as Capgemini, Cognizant and Accenture, have applied R to their enterprises.

Inspired by Python and issues programmers experienced while working in Objective C,  Apple introduced Swift to replace Objective C for Mac and iPhone. This language’s specifications are quite broad and not just a syntactic Objective C cleanup.

With a simpler syntax, it supports new features and iPhone coders can spin their code as fast as others. If you’re fond of using iOS devices and want to create native iOS or Mac apps, Swift is for you. With inspiration from Python, Swift is simple, safe, and easy to read and learn.

Go, also known as Golang, is a programming language developed by Google. Google developed Go to easily control its server farms and be simple enough to stay in programmers’ heads.

Go provides excellent multithreading support and is used by companies that rely heavily on distributed systems.  This language does not incorporate any complicated concepts or complex metaprogramming. The basic features are set in straightforward syntax without ambiguity or complicated code.

It is suitable for minimal web applications, web servers, and APIs. It offers automated support for programs that may share data while running on separate PCs at the same time. Go also has excellent built-in support for concurrent programming, making it ideal for complex applications. Unlike many other Object-Oriented languages, Go does not use class inheritance. Instead, it uses runtime-polymorphism through interfaces, which operate similar to protocols in other languages. This helps the programmer to build larger forms from many smaller ones instead of adopting a purely parent-child model.

Scala was designed to run on JVM, so anything written in Scala will run anywhere Java runs.

Developed in the early 2000s, SCALA was designed as a solution to problems faced with Java. SCALA supports object-oriented and functional programming, which can be statically typed, compiled in Java Byte Code, and implemented in Java Virtual Machine. SCALA has a broad use in Web Development, Data Analysis, and Data Sharing. Some companies that deploy SCALA are New York Times and Meetup.com.

Developers love C# because it’s easy to use and well built. If you want to create apps for Microsoft platforms, learn C # language. C# is used in companies such as Cyber Infrastructure Inc., Xtreem Software, and Zealous System.

Since October 2017, Google has fully supported Kotlin, designing Android apps as an alternative to Java.  KOTLIN can be used for Android Development, Web Development, Windows Development, and Side Application Servers. KOTLIN is  used in companies, such as Coursera, Uber, Pinterest and Post Mates.

Java8 comes with new Java features that deliver practical techniques to unlock parallel code parallel. It provides a Java virtual machine(JVM) with more structure for the execution of your code.

MATLAB was originally known as a language for scientists and mathematicians who had to juggle and find their solutions between complex equation systems. Now MATLAB is used for projects that require complex skills. It is fast, reliable, and has robust algorithms for complicated math. MATLAB toolboxes are professionally designed along with rigorous testing and full documentation.

MATLAB applications let you see how the data functions with various algorithms. The method is continued until the desired results, and then automatically generate a MATLAB program to automate your work. With minimal code changes, scale your analysis to run on clusters, GPUs, and clouds.

Solidity is a programming language used in blockchain development. Solidity’s key use cases are decentralized apps and smart contracts running on the Ethereum blockchain.During 2017-2018, the emergence of the ICO (Initial Coin Offering) as a funding mechanism for startups led to a demand for skilled Solidity developers.

Although the ICO craze has cooled off, and the market is turning to the IEO (Initial Exchange Offering) model, Ethereum hasn’t disappeared. It ranks second place as cryptocurrency by market capitalization and supports a massive community of other projects based on network tokens.

Freya Jacob is a content specialist for Brainvire adept in content strategy with expertise in curating meaningful content. In addition, she is an avid reader who loves to binge a variety of books and informative articles.