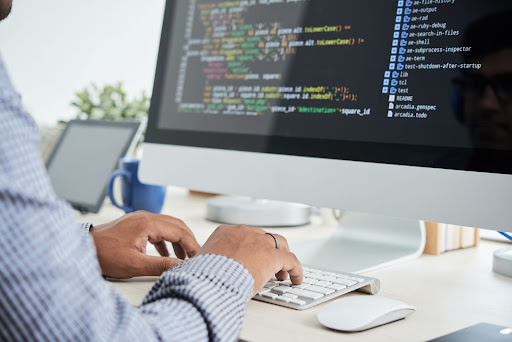 Software prototyping is a commonly known term that carries with it various myths. If we remove all misconceptions and present a simple definition, a software prototype is merely a base product that closely resembles the appearance and functionality of the final software product. However, this is not the case with all types of prototypes.

First, you have high-fidelity (HiFi) prototypes that represent the same functionality as the final software in the truest sense. HiFi prototypes provide a very clear and satisfactory demonstration of the software, lacking only a few cosmetic touch ups. The only downside is high-fidelity prototypes add to lengthier development cycles, which results in higher development costs.

Why Do You Need a Software Prototype?

There are a plethora of reasons for an entrepreneur or brand to require a software prototype model:

For Unifying the Vision

Software prototypes can help you evaluate the progress and direction of applications still under development. They demonstrate incremental functionality and where the final software product is heading, without adding significant, additional resources. Prototypes can be valuable at all stages of software development (such as a different prototype for an MVP, a different one for the first iteration and so on), helping to efficiently track the development process and direction of your project.

Some software development projects require involvement from external stakeholders, investors or customers. To appropriately demonstrate in-progress software, prototypes can be extremely useful for third-party involvement. Entrepreneurs and developers can enhance the software based on external feedback, which may be critical for securing third-party funding.

To Evaluate the Pending Time and Resources

Software prototype models can also be used for evaluating any last minute SRS (software requirement specifications) changes. Models are helpful for checking if software is compatible with new requirements and whether changes can be implemented before deadlines or resources are exhausted. You can also use software prototypes to confirm the actual state of the software at the depletion of all resources.

There are four practical classifications of software prototyping models:

Consider a scenario where a prototype is frequently required in the software development life cycle (SDLC) for various purposes no matter how small the changes in source code. Rapid prototyping is ideal for matching such testing requirements or demonstrating small additions. For this reason, rapid prototyping is mostly used in agile development methodology, where minimal changes are quickly developed and implemented for each sprint.

As software development moves from stage to stage, previous prototypes become useless. Therefore, rapid prototyping is also known as throwaway prototyping, where each precedent prototype becomes irrelevant to the current state of development.

Sometimes, software requirements are unclear at the start of a project and require minor to major refinements throughout development. In such cases, evolutionary prototypes are developed that include only those features that are clearly understood. Once the evolutionary prototype is demonstrated, stakeholders can help to define and refine previously unclear requirements.

Evolutionary prototyping uses an interactive process for implementing external feedback, identifying new requirements and confirming compatibility as new requirements are added. In a way, evolutionary prototypes are similar to a minimum viable product or MVP, but instead of starting with basic, minimum features, development begins with only those features that are clearly identified and understood.

Incremental prototyping is the only feasible model for enterprise software, because enterprise applications are typically modular and require significant integrations. In this type of prototyping, multiple, smaller prototypes are developed for each feature of the comprehensive software solution. Once all such prototypes are developed, they are combined into a single big prototype that represents the actual software.

A clear distinction in incremental prototyping is that all developers and development requires proper synchronization. Otherwise, each smaller prototype may appear to be from a different software product, and the final result may look disjointed.

Extreme prototyping is specifically used in web development and divided into three stages, with the second stage being the most important. Critical to these stages are the various layers of an extreme prototype model: the presentation layer or user interface and service layers – communication, business logic and authorization.

The three stages of extreme prototyping:

1: Prepare an HTML build to represent the presentation layer

2: Convert the prototype into a fully functional model by connecting it with the service layers

3: Finalize the production by implementing the service layers

Selecting the Best Software Prototyping Model for your Project

Even with the aforementioned details, you still may find it hard to pick the right model for your project. The only exceptions being extreme prototyping for developing a simple straight forward website and incremental prototyping for complex enterprise software applications.

Otherwise, for developing full-fledged solutions, you can opt for rapid, evolutionary or extreme prototyping. If the software development project is too large and complex then it can be handled well with incremental prototyping. On the other hand, if the software is being developed in various sprints like in agile methodology, then go for rapid prototyping.

Evolutionary prototyping is only helpful in cases where the software requirements are unclear or not understood well.

A business or entrepreneur can follow these steps to develop a highly efficient prototype:

In the first step, the entrepreneur is required to define all primary feature requirements of the software. He/she can go into detail about the most important features that are required for the basic functionality of the product. In contrast, details of secondary features such as software security, settings option and an intuitive interface can be added later.

Once the software requirements are developed, a simple interface with minimum efforts is designed to showcase those features. This is called the initial prototype, which may not be fully functional but aims at resolving key problematic areas with the defined requirements and establishes an interface-like structure.

After setting up the interface, analyze it from various angles. Demonstrate features and added functionality to all stakeholders to confirm the direction of the project stays on track. Also get your prototype reviewed by test users, who can recommend the missing features and help you ameliorate the prototype. Note that in case of incremental prototypes, getting test user feedback can be costly and time consuming, so you may want to pass on getting early adopter feedback on all builds.

Repeat the aforementioned steps, iterating improvements based on stakeholder and tester feedback until you develop a prototype that accurately demonstrates targeted application functionality. The final prototype should also be sound and capable enough for public demonstrations and developing the actual product.

Prototypes give you a better idea of the product by providing a visual model of the idealized software. Entrepreneurs, stakeholders and testers use prototype models to understand functionality and features. All stakeholders can check whether the prototype matches expectations and get a feel for what to expect from further development. This assists in strategic planning and establishing an attainable goal for the final product launch.

The best part about developing prototypes is that nothing is concrete. As stakeholder requests are added and tested in the prototype, problem areas are often identified and malfunctions can be removed. Along with risk detection, prototype evaluation assists in identifying challenges and problems that can come with software when moved into production.

Prototypes act as a training model for the final software. Furthermore, instead of identifying issues post launch that would tarnish the brand image, prototypes assist in resolving problematic areas beforehand. All this ensures a quick and well-gauged start that is not only less costly but also time saving.

Alongside identification of risks, prototypes assist in identifying and refining your most valuable software features. Smart developers and entrepreneurs will add complementary features or plan future upgrades for adding value. You may also identify unique selling points that differentiate your product and ensure that future upgrades do not interfere with any high-value features.

Can Result in Indecisiveness

A prototype is often tested by multiple people, who may disagree on occasion. Also, a feature can turn out to have both benefits and disadvantages, which can increase the challenges of feature selection. If and when these things occur, your software prototype model may generate more indecisiveness than improvements.

Solution: Do more investment in the first prototype and get it reviewed by as many relevant people as possible

Prototypes serve multiple purposes, but there are alternatives developers and entrepreneurs can try. Keep in mind that the usefulness and effectiveness of each alternative will vary.

An MVP is similar to an evolutionary prototype, but there’s also a big difference. An MVP only includes the bare minimum features to carry out the primary functions of the product. Along with demonstration purposes, an MVP is used more for market validation purposes, which is, whether the targeted market will like the product and the business idea is profitable.

Proof of Concept (POC) is a bigger concept inclusive of an MVP that solely focuses on proving the feasibility of an idea in real-world conditions. In general, a POC is required by investors to predict their return on investment. If the product shows higher returns, then it is considered worthy of investment. Although a POC does not need to be functional, the more elaborative it is the better. For this reason, a POC is also inclusive of an MVP. Once the POC is prepared, an entrepreneur can move forward towards developing a prototype.

Entrepreneurs at various levels develop software prototype models to visualize or test market their idealized product. Prototypes can also demonstrate the actual functionality of the software to ensure investors are satisfied and improve time to market. However, the selection of the right prototype for your specific project is critical to success. Along with software prototypes, entrepreneurs and business owners can also opt for alternatives like MVPs and POCs. Finally, to reduce overall development costs, you may also consider hiring a prototyping software development company that also develops MVPs and POCs.