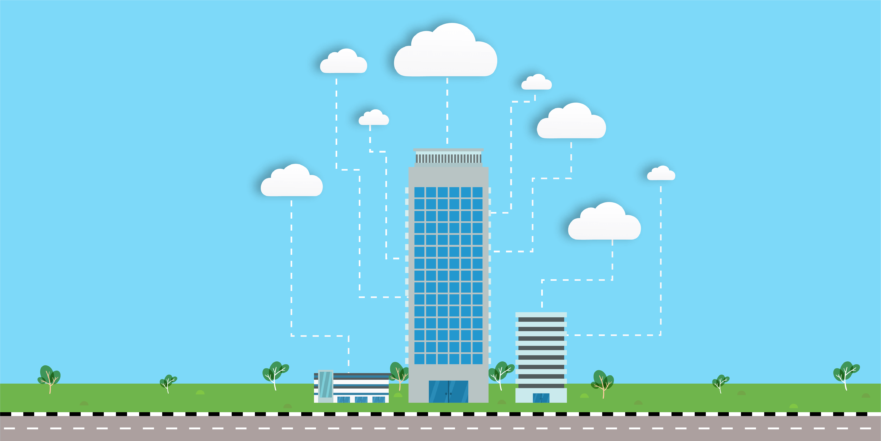 Like so many other IT solutions, cloud computing services have long been promoted from a standpoint of administrative efficiency. As the rationale goes, if you get your cloud services from a single provider, you’ll enjoy the reduced hassle of consolidating third party business relationships, receive IT services at bargain prices, and have an easier time coordinating those services.

It’s true that using fewer service providers can offer some nice perks, but cloud computing is moving in the opposite direction at many companies. Instead of reaping the benefits of placing cloud services under one umbrella, businesses are mining the advantages of the antithetical approach: receiving cloud services from multiple providers ― a discipline known as “multi-cloud computing.”

According to a mid-2016 report from Business Cloud News (BCN), “57% of organizations have no multi-cloud strategy at all, whereas 35% do not have a private cloud strategy, and 28% lack one for [a] public cloud.” According to IT commentators ranging from Google to Forbes, these three groups have one thing in common: All of them will increasingly adopt multi-cloud strategies as the technology improves and proliferates.

The Sun Behind the Clouds

Multi-cloud computing brings the need to maintain multiple cloud provider relationships instead of maintaining just one. In the aftermath of the Great Recession, when company decision makers are still accustomed to viewing every kind of business functionality through the lens of cost cutting, it begs the question: What do companies get in return for taking extra time to oversee those relationships?

The answer is simultaneously vague and clear: It depends on the needs of the company in question. However, the characteristics of some companies set them up to benefit from multi-cloud computing more than other companies.

For example, company size can be a big determinant of multi-cloud benefits. According to a 2017 report from Network World, “It’s inevitable big companies with many divisions and their own agendas and vendor alliances will end up with multiple clouds … Settling on a single cloud model would create compromises for such [companies] that would ultimately dilute [the cloud’s] benefits and the business use case.”

Another value proposition of multi-clouding involves the performance of cloud resources. From the same Network World report: “Organizations tend to prefer a multi-cloud strategy to get out of the ‘keeping all your eggs in one basket’ problem that can leave them vulnerable to a variety of issues, such as cloud data center outages, bandwidth problems, and vendor lock-in.”

Concern over data compliance also leads to using multiple clouds. This alleviates the worry about the level of data exposure in places where cloud services are largely ungoverned. Companies that do this can store offsite backup data close to home, while opportunistically receiving other cloud services from providers in other locations.

For comparison’s sake, cloud computing is commonly discussed using two basic cloud models: public clouds, which are outsourced; and private clouds, which are deployed and maintained in-house. But there’s another popular cloud model ― the hybrid cloud ― that has taken on new meaning in the age of multi-clouding.

Forward-looking companies utilize this model of hybridization when it comes to efficient, yet security-focused storage and network processes. While public or third-party clouds offer a wealth of resources when it comes to data storage, they’re still vulnerable to hacks, data breaches, or other security failures. For organizations that need a heightened level of security, hybrid models of private servers plus outsourced public solutions provide the best of both worlds: convenience and peace of mind.

This situation also provides a highly flexible way for companies to fully outsource multi-clouding. Instead of implementing a public multi-cloud in one fell swoop and incurring a steep learning curve for using the new system(s), companies can migrate services from private clouds to public servers one by one, in a manner less jarring to cloud-based processes.

Another advantage of gradually migrating from private to public clouds is that companies have more time to evaluate service providers. The providers store a company’s business data ― albeit, in encrypted form ― on their servers. Considering that proprietary data is the most valuable asset most companies possess, the more time they have to vet offsite data storage providers, the better.

This brings us to a question many companies face when they evaluate the benefits of multi-cloud computing: What if company policy prevents third party service providers from storing proprietary information in a public cloud?

You could develop an initiative to change company policy, but it would be timelier ― and probably involve a lot fewer clashes of opinion ― to simply keep using a hybrid model, in a reduced capacity. Simply save the cloud for apps that involve sensitive data you can’t share. This doesn’t reduce the effectiveness of a multi-cloud setup but rather plays into its general philosophy: Use the best cloud for a particular, cloud-supported IT function.

Due to these concerns and others, multi-cloud computing is poised to morph from a pervasive trend into a longstanding practice in numerous industries that have business-critical cloud computing needs. But the growth of using multiple clouds doesn’t necessarily mean the number of the clouds in multi-cloud setups will increase.

Rather, the goal will be to use as many clouds as necessary to address the drawbacks of using one cloud from a single provider ― even if that provider is a company providing its own cloud on a private model. Moving from cloud to cloud to perform tasks can be complicated, especially right out of the gate. But cloud service providers are working to make toggling between clouds increasingly efficient. The more efficient it becomes, the more multi-cloud computing will thrive.

Stephanie Rowan is an experienced IT consultant specializing in cloud computing for businesses of all sizes. In her free time, she enjoys reading futurology for the IT industry and science fiction novels that seem plausible enough to become non-fiction someday.