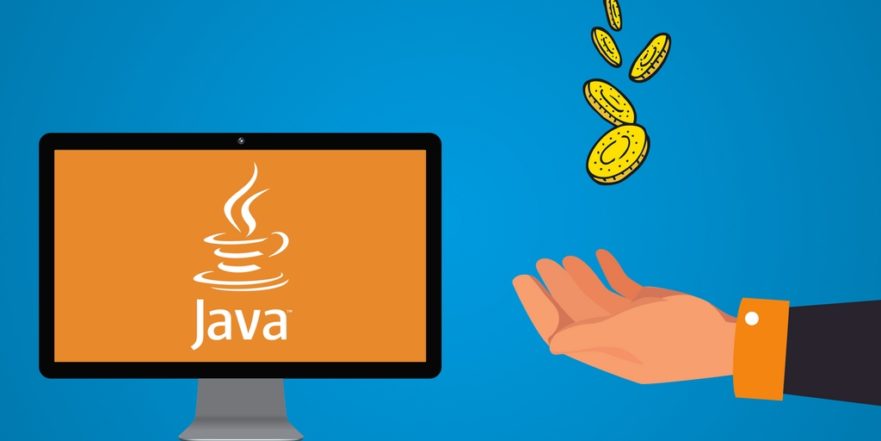 Despite being over 20 years old, Java is still one of the most widely-used programming languages. Just look at the stats: according to the 2017 Stack Overflow Developer Survey, Java is the third most popular technology in the world.

The TIOBE index, which is a ranking based on the number of skilled engineers worldwide, courses, and third-party vendors, shows an even more impressive score, placing Java in the first position.

Looking at the results of the past 15 years, Java has consistently ranked as either the first or second most popular language.

Considering such massive popularity and the thousands of video tutorials, in-depth textbooks, online courses, and offline coding schools that offer free or affordable Java training to anyone willing to learn, you might jump to the conclusion that the market is oversaturated with Java developers desperate to find a job.

In fact, quite the opposite is true. The demand for Java engineers is at an all-time high and shows no signs of waning anytime soon, so it’s highly unlikely that you’ll starve if you have Java skills. Here are five good reasons why:

1. The unemployment rate is low, the jobs are plenty

The overall demand for tech talent is so high that the tech industry’s unemployment rate in the US is only 2.5 percent. We’re pretty sure this figure isn’t much different in other parts of the world.

What’s more, according to a skills and salary analytics platform Gooroo, 6.49 percent of job ads mention Java. And if you want extra proof of how in-demand Java really is, here are some raw numbers from Indeed: as of writing this article, there are over 53,000 jobs that mention Java in the US, over 24,000 in Germany, and over 12,000 in the UK.

What all of this means is that you’d have to try very, very hard to not find a job as a Java developer.

2. The world’s no. 1 mobile platform relies on Java

Whether you like it or not, Android is the no. 1 mobile platform in the world, with 86 percent of smartphones and 65 percent of tablets running on this mobile platform. And since Android applications are built with Java, this level of market share establishes this technology as a mainstay in mobile development.

3. Java is a classic of enterprise computing

Java has become a staple of software development for banks, governments, media companies, and tech giants. According to Oracle, the owner of Java, 97 percent of enterprise desktops run Java. The fact that enterprises move forward at a glacial pace is only part of the reason explaining Java’s major staying power.

Most importantly, Java offers a wide range of libraries that solve most of the common problems that enterprise applications need to solve. In many cases, there are a few good options to choose from when addressing a particular issue. And more often than not, these options are free and open source under a business-friendly license.

Google, Oracle, IBM, Philips, Facebook, Netflix, Spotify, eBay, and Uber are just a few of the larger players that utilize Java. And quite frankly, you’ll have a hard time finding an enterprise that doesn’t rely on Java for application development.

First Sun, the original developer of Java, and then Oracle have dedicated special effort to make sure that code written for one iteration of Java will run unchanged on newer ones. This consistency makes Java very compelling for developers and enterprises alike. No one wants to take code that works perfectly fine and rewrite it every time a new language version comes out.

5. Java’s readability, speed, and performance are hard to beat

In this day and age, speed is everything. Just look at this Twitter case study by GoJava. Twitter wouldn’t be able to handle 6,000 tweets per second if it hadn’t migrated from Ruby on Rails to a JVM. Java’s just-in-time compiler allows it to remain one of the fastest language/implementation combinations available today. If scalability and performance are your goals, Java is an obvious choice.

So, dear Java developers, sleep peacefully. Java is here to stay, and we won’t be too surprised if it remains no. 1 over the next decade or two.

Want to keep some of these numbers handy or share them with a fellow Java developer? Download our infographic. Guaranteed to help with job-related hyperventilation.

Stackify offers a free tool for Java developers called Prefix to make sure you can commit the best code and spend less time fixing bugs down the road. Try it here.

Elena Ruchko is a digital marketer at Daxx, a company that connects companies with talented Java developers from Ukraine. She writes about software engineering, remote team management, startups and digital marketing.