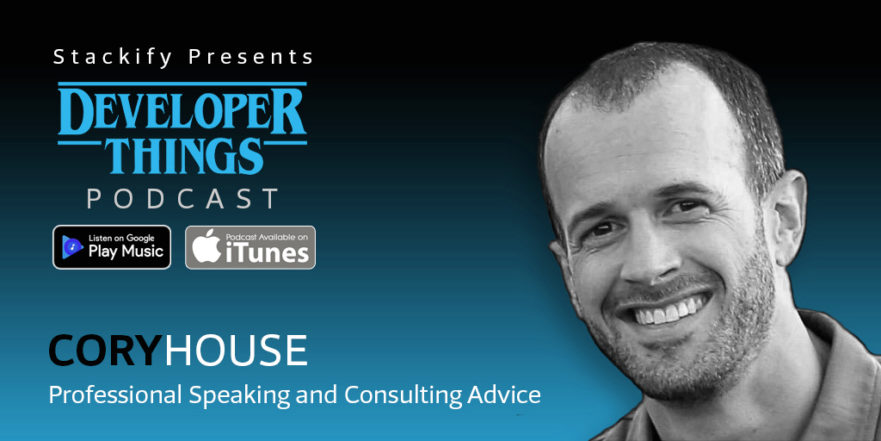 Cory began writing software professionally about 15 years ago. For the last few years, he’s been focusing on front-end features like JavaScript and React, although before that he was very interested in .NET. These days, Cory works for Cox Automotive while also traveling to conferences for speaking and consulting gigs. He specializes in consulting on the JavaScript library React. Cory also creates courses for Pluralsight, a technology learning platform.

Some of the highlights of the episode include:

“If you want to do consulting gigs, you need to specialize.”

“The software alone, which developers tend to fixate on, is not enough. People won’t magically show up at your door if you don’t have a solid sales side as well.”

“As far as reach goes, you’re pretty hard-pressed to get a reach grander than blogging.”