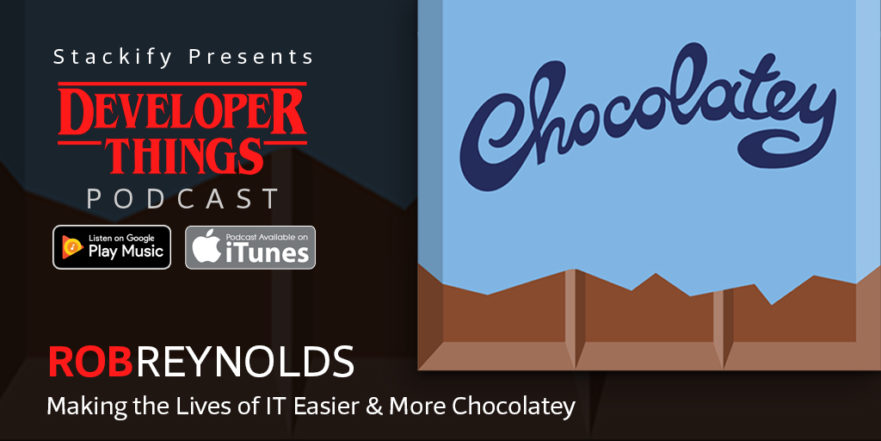 This episode of Developer Things features guest Rob Reynolds. Rob is the founder and CEO of Chocolatey, an open source package manager for Windows.

Rob started out as a developer of business apps for organizations, but he was interested in automation and had a dream of owning his own business one day. Eventually, he started working on NuGet, a package manager for .NET. The idea of Chocolatey evolved out of that experience. Chocolatey has been in business for about six years.

Some highlights of this podcast include:

“Chocolatey itself has had over 105 million downloads.”

“I had an idea of something that was going to help me out, then I wanted to share it with others.”

“We’ve never considered Chocolatey really a finished product, just because we know that there are so many things that we can do with it.”