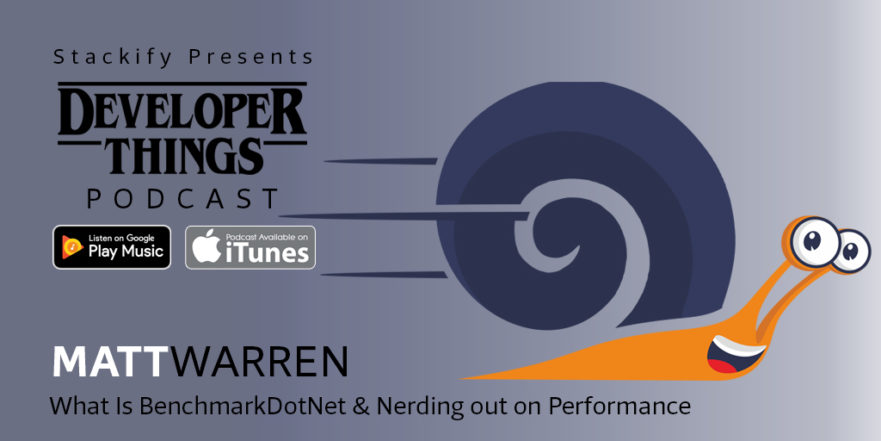 In today’s episode of Developer Things, host Matt Watson speaks to guest Matt Warren. Matt Warren works for CA on their application performance management solutions. He is also involved in the BenchmarkDotNet project and spends time blogging about .NET.

Matt got his start in software development with a programming course in computer science, focusing mostly on Java, while he was in college. After college, he got a job that was part customer support and part programming, supporting customers who were also developers. That job involved C++ and image processing. After a few years, the projects started including C#, so Matt learned that as well. Today, Matt spends a majority of his time doing C# coding.

Some of the highlights of today’s episode include:

“When you’re writing a tool that’s measuring other people’s performance, you have to have good performance yourself.”

“The main reason I think it’s important is not as much the convenience as the accuracy.”

“If you just want to measure how quick a bit of code is, you don’t necessarily want to know all the internals.”