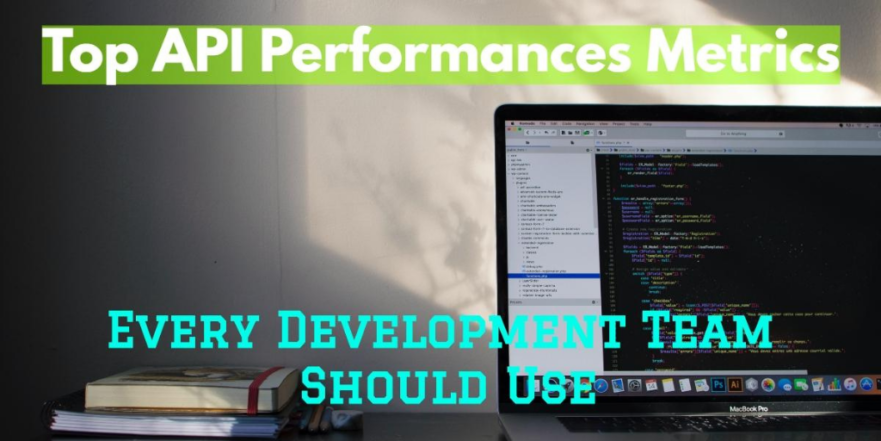 RPM or Request per Minute is typically used to measure application throughput handled by the application manager. It serves as an upper bound for an application interface as the server does not consider the latency provoked during input and output operations.

RPM as a performance metric that must be engineered to reduce the number of API calls. Subsequent batching of page structure in a single monitoring schedule ensures having a flexible pagination scheme.

“RPM dependency may vary according to API usage”

API latency or Elapsed Time tracks the customer experience. API latency correlates to a drop in user’s responsiveness in an upscaled infrastructure-level metric. Average and maximum latency might not give an exact understanding of increased metrics but it’s important to understand changes of the APIs.

Tracking various API versions, project endpoints or schema changes provides an exact cause in lack of responsiveness. However, it is important to look at latency breakdowns while monitoring your application.

Errors per Minute, or EPM, is the number of API calls with non 200 families status codes per minute.  It stops processing additional calls after reaching the limit, measuring error-prone and critical API calls.

Designing and prototyping your API is the most important task in understanding the types of errors happening with your code using proper HTTP status codes. User and system errors from a poorly designed API can negatively impact your user experience.

You need to check the rate limits, or EPM, to understand the number of EPM requests. The best practice is to point the limits of API calls, which is helpful in diagnosing the problem.

API adoption in your application interface is typically measured by your API usage. DevOps managers or operation engineers need to ensure a fully capable API has error-free usages. API usage is generally understood by keeping track of the programming interface for longer intervals such as days or even months.

If you measure month-to-month API growth, it’s recommended choosing a 28-day period to remove any bias due to weekend vs weekday usage and also differences in the amount of days per month.

Uptime or Availability of a service includes the basic performance metrics of an SLA (Service Level Agreement). The availability measurements are in a set of 9s to indicate the uptime and downtime during the year.

Often, certain services have a lower uptime while handling outages without impacting the services. SDKs are used to queue data even in the critical stages of monitoring the API.

Uptime performance metrics help configure probes to run on fixed intervals to back up data or store other services without disrupting your application interface.

Synthetic testing could be another form of understanding your users’ experience by predicting application call behaviour. Although it is not representative of the real-world traffic, you can have  simple monitoring method while maintaining uptime.

CPU usage is one of the vital components of API responsiveness. DevOps service engineers use CPU usage for resource planning and to assess API health. Applications, like API gateways or bandwidth services, naturally have high server CPU usage that leads to machine learning workloads and application encoding through floating-point differences.

Memory usage measures allocated resources to the application interface. Unlike a metric that is configuration dependent, memory usage can either be downsized or upscaled to consume additional memory if needed. Overloading of servers is an indicator of high memory usage.

Occasionally, the production databases managed by the infrastructure engineers drain more memory than CPU. Nonetheless, memory usage is a good indicator of checkpointing, network synchronization or counting the number of page vaults and input/ output operations.

This performance metric provides the overall status of customer acquisition and growth during the growth period of the API. Unique API metric measures a single consumer account of an API to understand the complete product health.

It is important to consider unique API consumers if the monthly active users are growing much faster and there’s a possible determinant of split funnel characteristics during the API integration or implementation.

The API retention process is used by product engineers to understand an API’s capability of putting application performance in the right track. APIs with higher retention are more likely to fit into the marketplace without any churning issues.

“Product retention tracks the actual usage of a product”

Product retention or churning largely impacts customer subscription patterns. If the subscriber doesn’t find value in your product, they will not be actively using the API, resulting in API churning.

For any B2B or B2C businesses, checking on customer analytics provides guidance for increasing or decreasing API usage. These metrics usually generate increased revenue and organic referrals compared to other performance metrics.

An API’s flexibility is basically measured or understood through filtration, sorting and pagination processes. API calls per transaction is a product performance metric that needs to be as low as possible.

It directly reflects on the design of the API. For example, if a customer makes different API calls, it portrays incorrect endpoints in the programming interface.

With numerous SDKs and system dependent platforms, it becomes an ordeal to roll out numerous features and versions. API platform adoption is a dependent system and needs proper integration techniques. Measuring API or SDK versions is important when it comes to testing API endpoints.

API metrics may be complex to track however with growing infrastructure usages companies, API usage metrics are adopted and even re-engineered to fit into customer requirements. The top launched programming interfaces have one thing in common: they keep their customers  in mind.