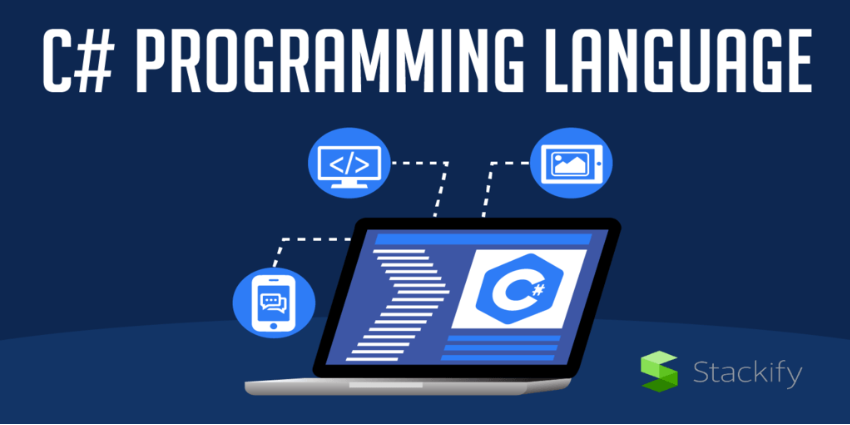 As a developer, there are things you have to learn about C# programming. In this entry, let’s take a look at its basic attributes and why it remains so popular.

Among other languages, C# is gaining huge popularity for developing web-based applications. Its core concepts help build an interactive environment and provide functionalities that the dynamic web platform requires.

Most aspiring full-stack developers choose this versatile language. It works on both platforms: Windows .NET framework and other open-source platforms. Therefore, it provides incredible efficiency and scalability.

What is C# Programming Language

Microsoft developed C# in 2000. It was built to meet the rising demand for web applications that Visual Basic(VB) and C++ can’t cater to. Its architecture adopts the best features of Java and C++. As a result, developers who are well versed in C and C++ can shift to C# easily.

Also, its huge popularity is attributed to:

These are just a few reasons that make C# the best programming language when it comes to web applications. It provides a broad spectrum of components covering business-oriented to system-oriented projects.

What is C# used for?

C# is a general-purpose programming language used to build different types of programs and applications. While it is exceptionally versatile, there are three fields where it is commonly applied:

Regardless of the platform, you can still use the C# programming language. You can build dynamic websites and web apps using the .NET platform or other open-source platforms.

Microsoft created C# for Microsoft. So, there is no question why it is popular in building Windows applications. It makes your development process smooth, and functionalities such as C# garbage collection performs excellently.

Also, developers can count on the community support and documentation of developing applications and programs that are specific to the Microsoft platform’s architecture.

C# integrates seamlessly with the Unity engine. For mobile developers, it can be used virtually on any modern mobile device or console using cross-platform technology like Xamarin. So, if you want to break into the game development industry, or join the bandwagon of Virtual Reality, then you can leverage the programming language’s potential.

C# programming is the most popular among Microsoft’s stack of languages. Here are some statistics to support its popularity:

And its advantages don’t stop there. It boasts of:

The greatest advantage is its ability to save development time. Here are some of its attributes that constantly help developers and project owners:

Software development requires easy-to-maintain and scalable programming languages. C# is a programming language that has these attributes. The strict nature of its static coding makes programs reliably consistent. This allows developers to make an easy adjustment and smooth maintenance.

For senior developers working on old projects written in C#, you’ll be pleased to find that your stack has remained the same. Over the years, the processes may have changed, but everything is still in place across the board.

Since tech giant Microsoft created C#, there is no question of why it has massive community support.  In the world of software development, having a community is essential. It’s where developers can seek help and insights. Programming languages aren’t a platform or service with a dedicated helpline or IT support.

Developers rely on others in the same field of interest. They find answers and solutions from those who have experienced the same roadblocks in the development.

For example, one of the biggest communities is StackOverflow. This developer’s Q&A website allows C# developers to ask, answer, brainstorm, or even vent their frustrations.

Where to Learn C#

C# programming is one of the most popular programming languages in the world of software development. For instance, let’s view how a company builds its product.  Most often, when it comes to robust web applications (e.g., SaaS, PaaS), C# is being used.

Thus, developers can leverage the potentials of C# and learn the language. For developers, learning C# programming can improve your skills at your job. And for newbies, you might even decide to pursue it as a career! Read this article to know more about where to learn C# programming.

C# is completely object-oriented. The rare attribute that most common languages fail to accomplish. Object-Oriented Programming (OOP) offers efficiency and flexibility, such as building Applications Performance Management(APM) software. C#, together with other languages, build this kind of software.

Implementing an APM solution can help software developers with performance optimization during staging, production, and post-production. It provides application performance insights and how to troubleshoot issues when it arises.

Stackify’s APM solution Retrace provides performance analysis and optimization of your applications. For example, it will give you recommendations on how to handle C# exceptions and other best practices. Try a FREE, two week trial today.