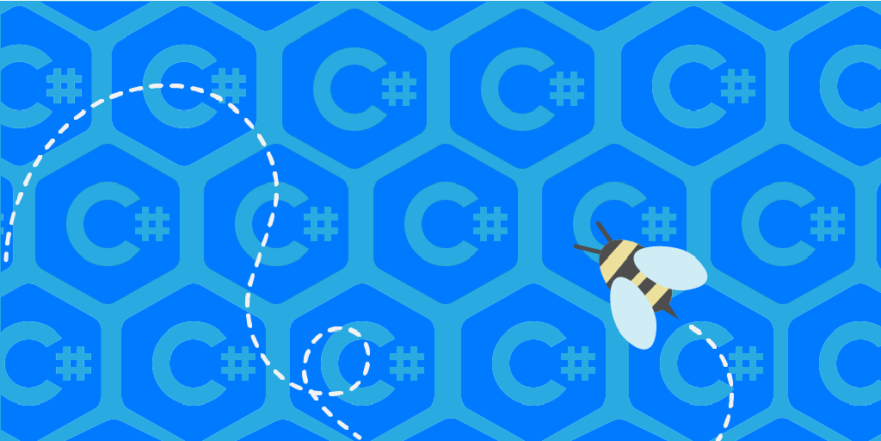 Welcome to Stackify’s guide to C# exception handling. In this article we cover the following topics:

Why is this topic so important?

In modern languages like C#, “problems” are typically modeled using exceptions. Jeff Atwood (of StackOverflow fame) once called exceptions “the bread and butter of modern programming languages.” That should give you an idea of how important this construct is.

Unfortunately, the management of errors and other problems in the code is one of the most neglected topics in the education of new software developers, at least in my experience. In most tutorials or lessons that feature the creation of a demo app, when it comes the time to deal with error management it’s always the same story: “In a real application, you’d handle the exceptions and probably log them, but we’re skipping that, for brevity’s sake.”

And this is a shame since we could argue that software development is all about handling those kinds of situations. For “brevity’s sake”, many programming students become programming professionals who have no clue how exception handling works in the real world.

This article is our humble contribution to changing that scenario. Let’s dig in.

What is an Exception?

Exceptions are a type of error that occurs during the execution of an application. Errors are typically problems that are not expected. Whereas, exceptions are expected to happen within the application’s code for various reasons.

Applications use exception handling logic to explicitly handle the exceptions when they happen.  Exceptions can occur for a wide variety of reasons. From the infamous NullReferenceException to a database query timeout.

The Anatomy of C# Exceptions

Exceptions allow an application to transfer control from one part of the code to another. When an exception is thrown, the current flow of the code is interrupted and handed back to a parent try catch block. C# exception handling is done with the follow keywords: try, catch, finally, and throw

Below is a simple example of a method that may throw an exception and how to properly use a try catch finally block for error handling.

Your exception handling code can utilize multiple C# catch statements for different types of exceptions. This can be very useful depending on what your code is doing. In the previous example, ArgumentNullException occurs only when the website URL passed in is null. A WebException is caused by a wide array of issues. Catching specific types of exceptions can help tailor how to handle them.

One of the new features in C# 6 was exception filters. They allow you have even more control over your catch blocks and further tailor how you handle specific exceptions. This can help you fine-tune exactly how you handle exceptions and which ones you want to catch.

Before C# 6, you would have had to catch all types of a WebException and handle them. Now you could choose only to handle them in certain scenarios and let other scenarios bubble up to the code that called this method. Here is a modified example with filters:

Proper exception handling is critical to all application code. There are a lot of standard exceptions that are frequently used. The most common being the dreaded null reference exception. These are some of the common C# Exception types that you will see on a regular basis.

How to Create Your Own C# Custom Exception Types

C# exceptions are defined as classes, just like any other C# object. All exceptions inherit from a base System.Exception class. There are many common exceptions that you can use within your own code. Commonly, developers use the generic ApplicationException or Exception object to throw custom exceptions. You can also create your own type of exception.

At Stackify, we have created a few custom exception types. One good example is a ClientBillingException. Billing is something we don’t want to mess up, and if it does happen, we want to be very deliberate about how we handle those exceptions.

By using a custom exception type for it, we can write special code to handle that exception. We can also monitor our application for that specific type of exception and notify the on-call person when it happens.

Here is a simple example from our code:

How to Find Hidden .NET Exceptions

What Are First Chance Exceptions?

It is normal for a lot of exceptions to be thrown, caught, and then ignored. The internals of the .NET Framework even throws some exceptions that are discarded. One of the features of C# is something called first chance exceptions. It enables you to get visibility into every single .NET Exception being thrown.

It is very common for code like this below to be used within applications. This code can throw thousands of exceptions a minute and nobody would ever know it. This code is from another blog post about an app that had serious performance problems due to bad exception handling.

How to Enable First Chance Exceptions With Visual Studio

When you run your application within Visual Studio, with the debugger running, you can set Visual Studio to break anytime a C# Exception is thrown. This can help you find exceptions in your code that you did not know existed.

Under “Common Language Runtime Exceptions” you can select the types of exceptions you want the debugger to break for automatically. I would suggest just toggling the checkbox for all. Once you break on an exception, you can then tell it to ignore that particular type of exception to exclude it, if you would like.

How to View All Exceptions With Prefix

Stackify’s free .NET profiler can also show you all of your exceptions. To learn more, check out this blog post: Finding Hidden Exceptions in Your Application with Prefix

Stackify’s Retrace solution for your servers can also collect all first chance exceptions via the .NET profiler. Without any code or config changes, it can automatically collect and show you all of your exceptions.

How to Subscribe to First Chance Exceptions in Your Code

The .NET Framework provides a way to subscribe to an event to get a callback anytime an Exception occurs. You could use this to capture all of the exceptions. I would suggest potentially subscribing to them and just outputting them to your Debug window. This would give you some visibility to them without cluttering up your log files.

I would suggest potentially subscribing to them and just outputting them to your Debug window. This would give you some visibility to them without cluttering up your log files. You only want to do this once when your app first starts in the Main() method of a console app, or startup of an ASP.NET web app.

Proper exception handling is critical for any application. A key component to that is logging the exceptions to a logging library so that you can record that the exceptions occurred. Please check out our guide to C# Logging Best Practices to learn more on this subject.

We suggest logging your exceptions using NLog, Serilog, or log4net. All three frameworks give you the ability to log your exceptions to a file. They also allow you to send your logs to various other targets. These things like a database, Windows Event Viewer, email, or an error monitoring service.

Every exception in your app should be logged. They are critical to finding problems in your code!

It is also important to log more contextual details that can be useful for troubleshooting an exception. Things like what customer was it, key variables being used, etc.

To learn more about logging contextual data, read this blog post: What is structured logging and why developers need it

Why Logging Exceptions to a File Is Not Enough

Logging your exceptions to a file is a good best practice. However, this is not enough once your application is running in production. Unless you log into every one of your servers every day and review your log files, you won’t know that the exceptions occurred. That file becomes a black hole.

An error monitoring service is a key tool for any development team. They allow you to collect all of your exceptions in a central location.

C# Exception Handling: What Comes Next?

Error management is an insufficiently covered topic when it comes to software development education, especially given that it’s such a fundamental concern when writing applications.

C#, being a modern language, uses exceptions for handling problematic scenarios in the code. So, learning proper exception handling is essential when you use that language.

In this post, we’ve offered a comprehensive guide on C# exception handling, starting with the most basic and general topics (what are exceptions and why should you care?) up to more advanced and C#-centric ones.

What should be your next step? For one, don’t stop studying. There is plenty of useful content on exceptions and related topics around the web. As a C# developer, you might find the Microsoft technical documentation portal particularly useful.

Also, stay tuned to the Stackify blog, where we often publish content not only on exceptions but other related topics that might come in useful for you.

Finally, leverage the power of tools available for you. We’ve already mentioned the free profiler by Stackify, Prefix. You can use it to monitor all exceptions happening in your web app, as they happen. Besides C#/.NET, Prefix is also available for Java. Download and try Prefix today.