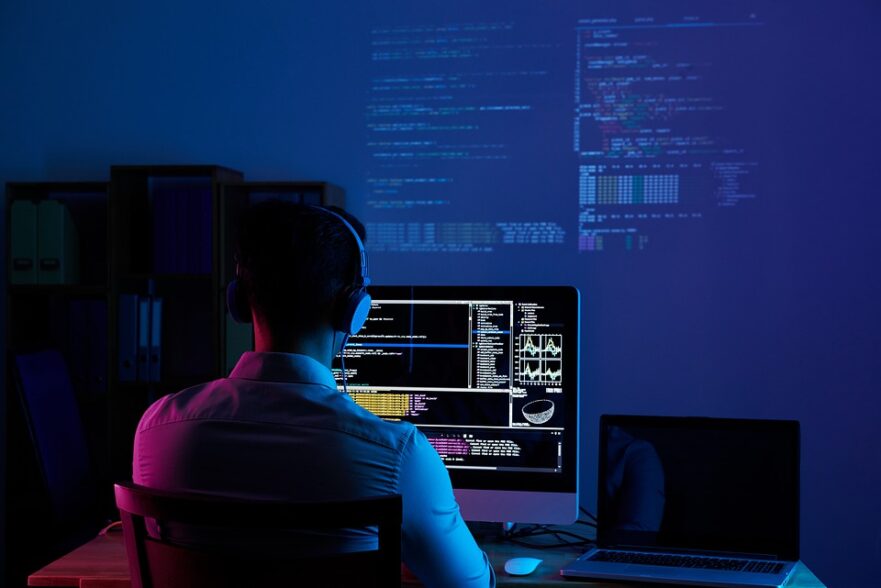 With a plethora of programming languages available today, the important question is “Which programming language does a programmer prioritize learning?” Without a doubt, the world of programming revolves around experienced programmers with cutting-edge coding skills. So, if you’re planning a successful career in software development, understanding the hottest, trending languages is key. However, the simple answer for beginners is to learn the language that delivers the most multi-functional value – Python.

When it comes to making the right choice, consider the programming language that fulfills as many programming problems as possible. The right choice solely depends on the purpose and problem-solving ability of the language. Moreover, choice depends on how the programmer is implementing the certain language. Above all, market demand is a terribly important factor when choosing a particular language to learn. Having a broad understanding of languages will always help you make the right choice for performing a particular development task.

Python is an absolute need for developers

What makes Python a language for all?

Python has a solution for every development task and is considered the most suitable programming language with extensive applications in different fields. Demonstrated efficiency in multiple fields is the prominent reason that Python is the first choice for developers. Let’s walk through the main reasons that make Python an important language for programmers to master.

1. Easy to read, write and understand

Python has an easy and simplified syntax like English, making the code very easy to read and understand. Every programming language has two important components, the codes and syntax, and both are simpler and easier in Python. Moreover, efficient syntax supports faster programming with Python, enabling a shorter development process.

With hundreds of Python frameworks and libraries, each development task is easier and faster, as well. Finally, the Python language prioritizes readability, making it easy to understand, learn and use for beginner programmers.

Python is the most versatile programming language with widespread usage for different purposes. Learning Python equips programmers to perform many different programming tasks, including backend, web and application development, hardware programming and more. Python is also very helpful in creating enterprise, desktop graphical user interface and audio/video applications. A general-purpose language, Python has the depth to support cybersecurity and scientific computing and the versatility to address virtually any programming challenge.

Python has a robust developer community that actively supports programmers, making it easy to increase your knowledge of the programming language. With extensive documentation, online forums, articles and tutorials, learning Python is easier than ever. What’s more, the Python community offers support at every level, from the beginner to the advanced, enabling even the most experienced to leverage advanced features of the language. All in all, learning from the developers with deep Python code optimization skills improves efficiency and application development results.

Leveraging Python for the benefit of all

Python remains the fastest-growing language and shows no signs of decreasing in popularity. Widespread use in data science, machine learning, data visualization, analysis and exploration are driving industry-specific growth. Plus, more and more organizations across various industries are adopting Python for data processing, web and enterprise applications. While different Python libraries are needed to extract value from data virtualization and other niche applications, the language is set to remain the prominent choice for business application and data science developers.

In comparison to the other languages, Python has skyrocketed in demand over the plethora of other languages. If you are new in your programming career, learning Python is a necessary career choice. Regardless of industry or size, nearly every company requires experienced Python developers. Python is already the go-to language for developing machine learning, automation projects or simply creating and maintaining websites. As big data becomes more prominent, organizations most certainly will need experienced Python developers for custom applications. Demand for Python applications means the future is most certainly bright for Python developers.

Looking into all the reasons to learn Python, it is truly the most versatile language in the programming field. Every beginner programmer should learn Python to improve their marketability and start a successful career. With versatility, user-friendliness and power, Python will help you carry out different development tasks seamlessly. Whatever domain or industry  catches your interest, knowing Python will serve you well in your professional aspirations.

John Smith a digital marketing expert who has helped several brands grow from nothing to a successful name in the past few years. He contributes to numerous technology blogs and believes smart work and adhering to business values go a long way when it comes to success.