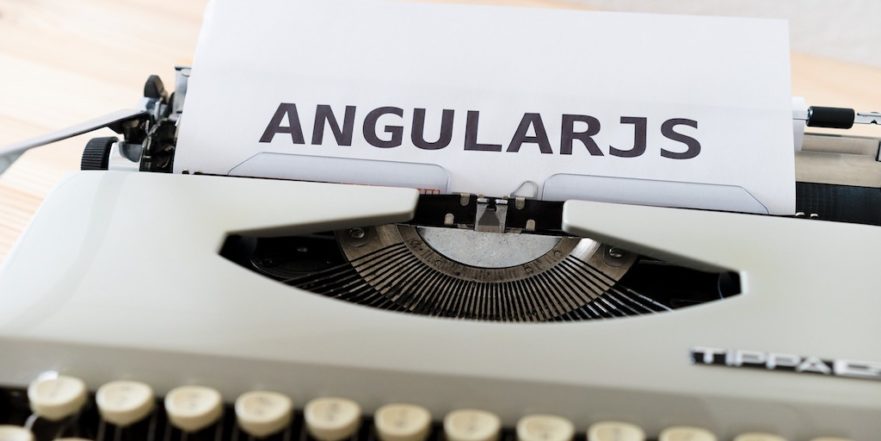 AngularJS is an open-source JavaScript framework developed by Google. AngularJS can create all the interactive elements we normally find on a website. The framework’s main objective is to help develop single-page applications. AngularJS emphasizes code quality and testability, which is why web developers prefer it over other frameworks available. Some of the popular websites and applications which use AngularJS are Paypal, Udemy, Snapchat, Amazon, Netflix and Gmail. Here is a list of 8 AngularJS benefits for Web Development:

People with knowledge of HTML, JavaScript and CSS can easily learn AngularJS. Learning AngularJS opens-up more opportunities for developers in the Web Development industry. There are many free courses and AngularJS tutorials available online. You can learn how to build and test your web application using AngularJS through these online tutorials.

Once you are well versed in AngularJS, less time is needed when developing web applications.

It has a Two-Way Binding Feature:

AngularJS allows for an immediate synchronization between the view and the model. If any data is altered in the model, it reflects in the view. When changes are made in the view data, the model is revised accordingly.

Using this two-way data binding, the application will significantly simplify its presentation layer. This allows a simpler, less intrusive approach to DOM display to construct the UI.

The main motive for developing single-page applications is a faster website transition. The website will function and appear like a native app. A website will communicate with the web browser by dynamically replacing the existing web page with new Web server data, instead of the browser’s default method of loading completely new pages. This is referred to as a Single Page Application (SPA).

AngularJS supports the development of Single Page Applications. When a programmer develops a Single page application using AngularJS, the page loads quickly, works on every platform, provides excellent user experience, and is much easier to maintain.

Has a Declarative UI:

The AngularJS framework creates templates using HTML. It is a declarative language popularly used because of its scalability and innate intuitiveness. Templates include AngularJS specific elements and attributes such as filters, directives such as ng-app, ng-repeat, ng-model, form controls and so on.

Having a declarative user interface helps make things more understandable and easy to manipulate. Using HTML lets developers and designers work together. While developers can use declarative binding syntax to connect the various UI components with data models, the designers can focus on creating UI.

Web developers typically need to break down the code up into three different components: Model, View and Control (MVC). Then, developers manually merge the code of those components. AngularJS saves time as this framework automatically strings the code together.

The model component maintains and manages the application data. The view component displays all data or certain portions of the data to the users. While the control component dictates the relationship between the model and the view.

It is easier for developers to manage the UI part of the application and its database using this MVC pattern.

It is a Powerful Framework:

Another AngularJS benefit is a robust solution for faster front-end development. It has multiple features such as MVC pattern, directives, and dependency injection. It is a common platform among developers because it is freely available. This allows developers to expand the HTML syntax and build client-side applications.

Easily test your web app using the AngularJS framework. AngularJS allows for both end-to-end and unit testing. Testing features offered by AngularJS, such as dependency injection, oversee how the components of your web application are generated. Additionally, testing features show how to resolve their dependencies. This makes it easier for developers to test their applications and check for errors.

AngularJS is a great framework for developing high-quality dynamic web applications. This is because AngularJS is feature-rich and developers do not need to depend on any third-party software to support their applications. Developers can save a lot of time and resources while working on their projects with AngularJS.

Sameer Mehta is a blogger and entrepreneur and writes on technology and lifestyle related topics. He has more than 15 years of experience across technology, consulting and marketing. He has written for Entrepreneur, West Agile Labs, Exegy Consulting, Jewellerista, etc.