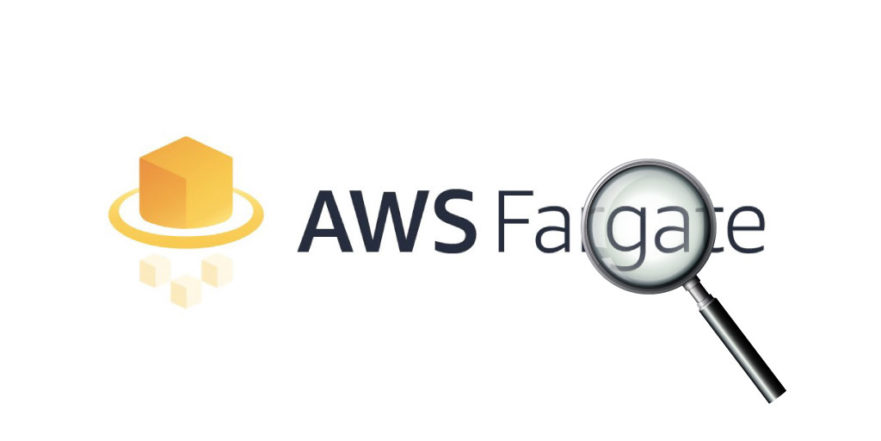 As companies evolve from a monolithic architecture to microservice architecture, some common challenges often surface that companies must address during the journey.

In this post, we’ll discuss one of these challenges: observability and how to do it in AWS Fargate.

Twenty years ago, applications were different from what they are today. They were fragile and slow, and they lacked automation. Developers would package software manually. With the aid of file transfer programs, application code landed on servers. Each of these servers had a name and tags. Then, when a server went off, everybody scrambled to resolve the problem and bring back business online. New releases took days to roll out, and businesses could afford minutes or even an hour of downtime.

Businesses grew from serving a small, finite set of people in an office location to serving a multitude across multiple geographical areas. A minute of downtime could mean losing millions of dollars.

With more tools becoming available to developers, container technology like Docker, which allows you to package your app once and run it everywhere, became widespread. And modern applications moved away from traditional, monolithic architecture to microservice architecture, where your services could span hundreds of services.

While modern applications have taken a better turn, nevertheless, they are not without challenges.

The Challenges of Modern Applications

From development to production, modern applications come with their challenges. The challenges include server provisioning, scaling, observability, security, and maintenance. For small businesses, it could be challenging to find the right talent who can stand up to these challenges.

In a world that’s changing fast and with disruption happening in every sector, a business that leads today may be overtaken by another tomorrow. You want to make sure you leverage technologies, delivering real business values while optimizing costs.

One such technology is AWS Fargate. In 2017, AWS, a leader in cloud computing, introduced Fargate as a new way of running containers in the cloud. This further abstracted complexities away.

AWS Fargate allows you to deploy container workloads without thinking about EC2 (servers) instances or container orchestration. The grunt work of managing EC2 instances or scaling is taken care of by AWS.

With Fargate, now your only focus is building your Docker images and defining some basic requirements for your application. Do that, and you can go to bed with no worries.

As exciting as AWS Fargate sounds, having 360-degree visibility into your apps could still be a problem without the right monitoring tools. For the rest of this post, we’ll look at AWS Fargate monitoring using Retrace.

Retrace is SaaS APM that gives you granular visibility into your applications. Just as its name indicates, it allows you to monitor and troubleshoot applications faster.

Knowing that, let’s look at how Retrace can help you gain deep visibility into an AWS Fargate application.

For the demo app, we’ll create a simple Docker container from a Node.js app, deploy to Fargate, and monitor the app using Retrace.

Now, let’s proceed to create a simple Node.js container application for this demo.

First, install express-generator by executing this:

Next, generate the application boilerplate with this:

If you ran the command above, then your directory structure should look like this:

Now, execute the command below to install the app dependencies:

For error logging in the application, we need to install a Retrace APM package. You can install it with this command:

After installation, it’s important to copy node_modules/stackify-node-apm/stackify.js to the root folder of the application. This is where you define your application environment and Retrace’s activation key.

So, execute the command below to copy:

And when you’ve done that, then update the content of the file to this:

Finally, open app.js and add this line at the top in order to initialize the Retrace profiler:

Okay, onto the next step. We’ll now build a Docker container image that AWS Fargate can run.

In order to build the Docker image for the app, we need to create a Dockerfile. A Dockerfile is a text file that contains instructions on how to assemble a Docker image. Ideally, you should have Docker installed for this step.

To keep things simple, I’ll not go into details how the Docker build works. You can learn more about it here.

At the root directory of the app, create a Dockerfile with this content:

Then build a Docker image by running this:

Usually, the command above will take a couple of minutes to complete the building process.

On successful completion, run the command below to see the Docker image you just built:

The output will be similar to the image below. Note the IMAGE ID.

At this point, the image still resides in your local environment. You’ll need to push it to a Docker registry.

Before you can push a Docker image to DockerHub, you need to tag it.

You can do so with this command:

Ensure you replace the image-id with your Docker IMAGE ID mentioned previously. You’ll also want to replace the docker-registry-username with your registry username and the image-tag with the tag.

Now, we’ll push the image to DockerHub with this command:

With the Docker image in a Docker registry, the next step is creating a task definition on AWS ECS.

A task definition is the first step to running a container workload with AWS Fargate. I like to think of a task definition as a design plan for an application. It’s where we define the images to use, the number of containers for the task, the memory allocation, etc.

But Retrace will not automatically monitor your app. AWS Fargate monitoring with Retrace requires you to define the Retrace container agent in the same task definition as your application.

A task definition for our demo app and Retrace container agent would look like this:

Let’s put the code snippet above in a file and name it task-definition.json. But make sure to replace the placeholder YOUR-STACKIFY-KEY with your activation key.

In the task definition, we defined two container images: stackify/retrace and abiodunjames/stackify-node (the Docker image we built). We also defined some environment variables like APPLICATION_NAME, STACKIFY_ENV and STACKIFY_KEY. These variables are passed into the containers.

To create this task on AWS, you’ll have to execute the following command using AWS CLI:

then you should get an output similar to this:

Before we create the service, let’s create a cluster to run the service in. You can see a cluster as a logical group of resources (tasks and services).

To create a cluster, run this command:

Now, let’s run the task with this command:

The command above uses a few arguments. Let’s take a moment to look at them.

If you log in to the AWS console, you should see the service you just created running in the cluster, as shown in this image:

You can drill down to see details of each log.

In addition to application logs, Retrace also monitors your system health, availability, and resource utilization like CPU, memory, and network usage. You can see the information in your Retrace dashboard

To summarize, we’ve learned all about AWS Fargate monitoring: how you can use the Retrace container agent to monitor your Node.js application running in AWS Fargate in real time.

Retrace also supports other programming languages, like .NET, Java, PHP, Ruby, Python, and EC2 launch type. To build on this knowledge, I recommend you head on to Retrace official documentation.

Samuel is a full-stack engineer & AWS Solutions Architect (associate). He has over 5 years of experience building large applications with a focus on PHP, Node.js, and AWS.