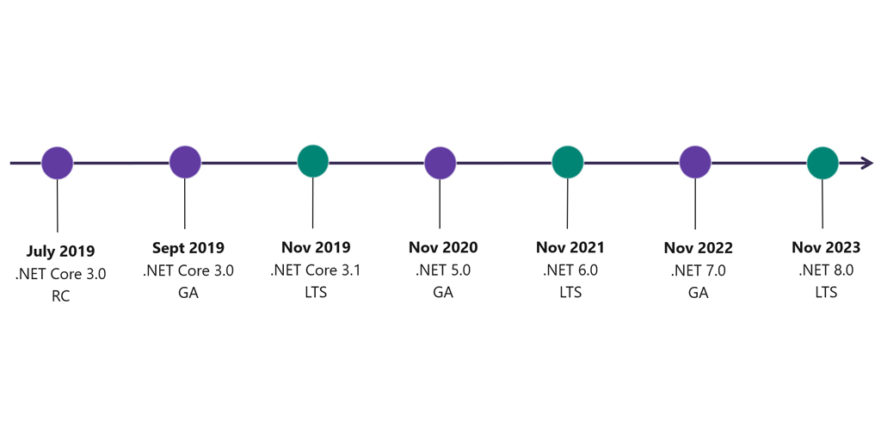 If you’re a developer of .NET supporting enterprise apps developed in the .NET framework, you should know how the .NET 5 would impact your current enterprise app. Moving forward, there will be  only one .NET to target macOS, Windows, Linux, iOS, Android, and more.

Along with the release, there are new .NET APIs, language features, and runtime capabilities. The project aims to boost the framework in several ways, such as:

The look and feel of the code and project files in .NET 5 would be the same, regardless of the type of app being created. You get to access the same API, runtime, and language capabilities with every application.

Everything You love about .NET Core would still exist

What you Need to Know about .NET 5

3 .NET Core could still be used: CoreCLR is part of the evolution of .NET Core as it adds features from .NET Framework and mono. The aim is for CoreCLR to include the features of mono that support current mobile development. The first iteration of .NET 5 may have CoreCLR to achieve equality with mono, where the only enhancement for developers is that they could use the same runtime as server/desktop developers. It might be that there are CoreCRL benefits over mono

Life would be simpler without worrying about  .NET Framework legacy when mono is an option instead of a requirement for WebAssembly and Xamarin development instances. With each release of .NET Core, Microsoft has boosted performance in various instances and the trend would likely continue. .NET 5 additionally would see CoreCLR embracing some of the mono key technologies that minimize app startup time in some cases, such as games, embedded devices, and iOS.

The most important thing to do now is to start migrating code to the target .NET Standard 2.0. As .NET 5 is the evolution of mono and .NET Core, now is the time to bring these two runtimes, while providing a .NET Framework code roadmap to move forward into the .NET future.

Stackify’s free Dynamic Code Profiler, Prefix, can simplify the migration to .NET 5 by validating the behavior of your code and finding hidden exceptions.  Download Prefix for free today.

.NET 5 will  become simpler while having a more expansive and wider utility and capability. All the new feature capabilities and development would be part of the new .NET 5, including new versions of C#.

There’s a bright future ahead to use NET APIs and languages to target a great range of app types, chip architectures, and operating systems. Making changes to build configuration to create apps differently, in Visual Studio, VS Code, VS for Mac, Azure DevOps, or at the command line would be easy.

Morgan is an IT Consultant at TatvaSoft Australia, which is a Microsoft Gold certified .Net development company in Australia. Coming from an IT background Morgan likes to share informative and very useful articles, blogs on mobile app development. He has seven years of experience in a Technological domain and helps the organization of all shapes.