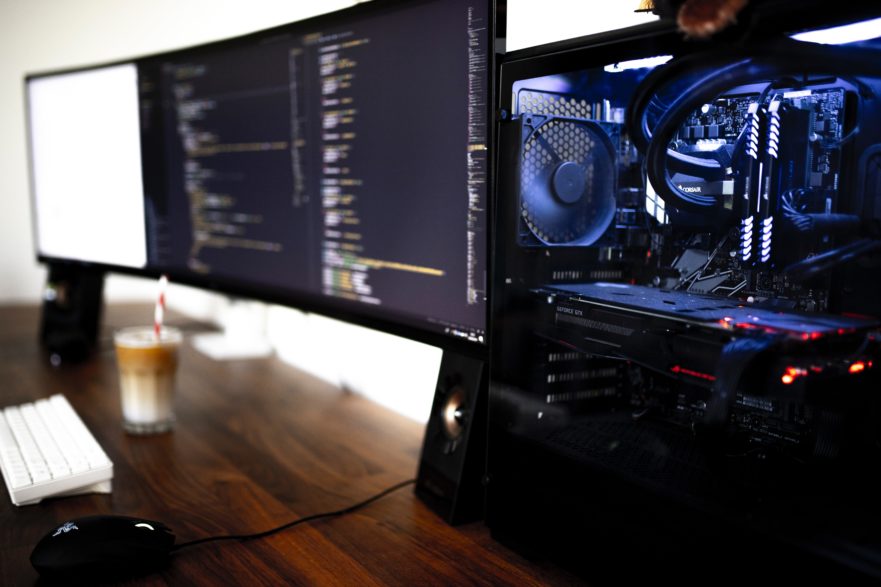 Node.js application developers, in the ever-evolving business landscape, enjoy tangible advantages while incorporating microservices in Node.js apps development. The microservice architecture, or microservices, is a distinct method of software systems development, which attempts to create modules that are single-function, with well-defined operations and interfaces.

The trend has become increasingly popular as organizations look to become more agile and move towards DevOps as well as continuous testing.

For DevOps and Agile teams, microservices offer a lot of benefits. Enterprise companies, including PayPal, Netflix, Amazon, eBay, Twitter, and others, have evolved from being monolithic to the microservices architecture. A monolith app, unlike microservices, is created as an autonomous, single unit.

App changes are slow since it impacts the whole system. A modification into a small code part may need the creation and deployment of an entirely new version of the software. Scaling specific functionalities of an app could also mean scaling it as a whole.

Microservices resolve the monolithic systems’ challenges by becoming as modular as possible. In its simplest form, microservices help create an app as a suite of small services, every one of it running in its own process, and deployable independently. The services could be written in various programming languages and could use different techniques for storing data.

Although this could result in crafting flexible and scalable systems, it requires a dynamic overhaul or makeover. Usually, microservices are connected through the APIs and leveraging a majority of similar solutions and tools, which have grown in the web and RESTful service space. Testing APIs could help in validating data and information flow, all throughout the micro-service.

Node.js, a cross-platform, open-source environment and runtime library, is implemented to run apps that are JavaScript-written beyond the browser. NodeJS experts can use Node.js development services for backend development, such as for mobile apps, web applications, as well as other APIs.

Microservices refer to the software design pattern, to disintegrate big apps into a collection of smaller and simpler apps. Individually, the apps could be testable, maintainable, as well as deployable. Besides, they’re loosely coupled and organized around particular business aptitudes, thus it could be considered a business-oriented way of software development.

The relevance of Node.js Microservices to Application Developers

Developers, in most software projects, aim to resolve one issue at the outset. When another occurs, the engineering team tries addressing it as well. The project size keeps growing to become a development of monoliths.

The existing app receives new features, increasing the complexity overall. Developers find it difficult to scale a project and this could result in a waste of resources. The reason is that each feature should be scaled at the same time.

Developers should change code lines, making the process burdensome. A time will come when it’s impossible for developers to take care of minute changes. It is a nightmare to add new features, and in return, the product will turn obsolete.

Microservices address this software development concern. The software in an architecture that’s microservice-based could be developed from different, smaller components. While developers could separately build them up, the parts work together.

Any language could be used when implementing them. This is an indication that developers in a Node.js development company could use any technology, and they’re not restricted to any tech in particular. A microservice that’s implemented properly could be so small, that a small team of developers could rewrite it in a couple of weeks.

In cases with poor application performance, it does not take long to fix bugs which lead to considerable wastage of development as well as the costs related to infrastructure operation.

The Microservices and Node.js Match

Microservices and Node.js are compatible as the core motive in developing Node was to ease microservices app development, making the connection clear since the runtime environment is a match with the pattern of the software design. The idea is that various small nodes, which stay distributed, should be used while developing apps for Node.As the app works, the nodes communicate with one another.

The Major Pros of Using Microservices

When building an application, developers understand that both technology and business rationale matter. Microservices integration simplifies the process of application development significantly.

Check out the following pros that microservices could offer to developers.

Conceptualizing, building, and maintaining complex apps at times may be deemed difficult by developers. With microservices, complex apps could be fragmented into smaller pieces. The task turns out to be streamlined and more manageable.

Microservices, unlike monolithic apps developed in a legacy paradigm, offer greater scalability. Developers encounter difficult situations in attempting to scale them, and the process is time-consuming. Microservices make a simpler process and boost the project’s scalability.

In an app that is well-structured, comprehending features is easier. This indicates that developers must accordingly design and implement features. Microservices come in handy when providing a better structure.

Using microservices can reduce the number of errors. In this context, microservices resemble sentences, bite-sized technologies that one can keep free from errors. Fixing bugs becomes less time consuming and simpler.

Developers presently explore the benefits of microservices and Node.js during application development.

Every microservice is given one task for developers to optimize and tune.

Why Integrate Node.js and Microservices

There are benefits of Node.js and microservices integration. Apps that are microservice-oriented and developed in Node.js deliver an array of benefits.

There is a package manager in Node.js that comes with various modules, which can be used by developers. In the development process, this means saving a lot of effort. Node.js apps are written in JavaScript, making it easily understandable for front-end developers.

Performing maintenance activities is simpler without the complex monolithic code in the way. Developers can write a new app feature in a streamlined manner. Even while doing updates, they can boost the system in an incremental manner, instead of having to invest in rewriting.

Node activity promotes this approach as the app receives a modular and service-oriented structure.

Performance and Reliability of Apps

Developing robust apps is a must in this highly digitized landscape. The performance and reliability of the apps depends greatly on the development team’s abilities. With Node.js development, developers can create powerful applications and can upscale or downscale features, as per the need. In this environment, the focus is on a single threaded, asynchronous architecture.

Developers do not need to modify their individual tasks when the workflow is simplified. Instead, they work on the respective parts of the developed application. The strength of Node.js is its ability to streamline the workflow process.

For microservices to go well with Node.js, data replication is required. Developers could take advantage of the NoSQL databases as an alternative to the traditional and tabular maintaining database model.

With Node.js, developers could optimize the pros of this feature.

Developers enjoy working with Node.js and microservices because of ease of development, hassle free scaling, and cost control under high traffic instances.