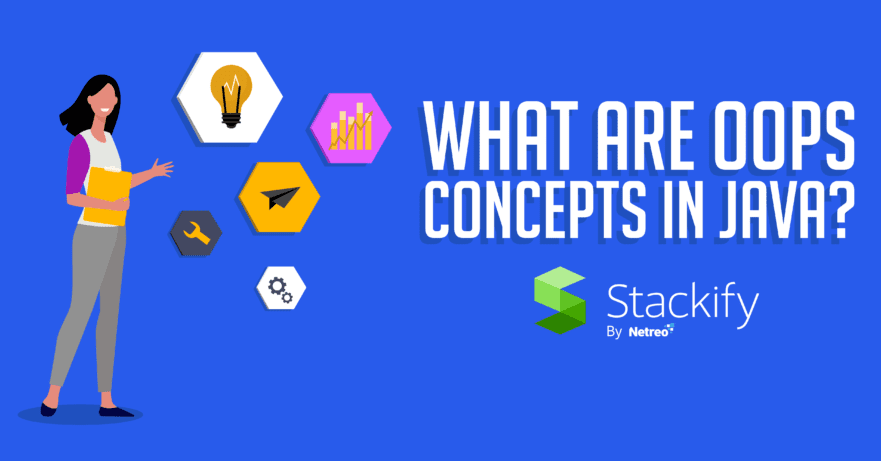 OOP is one of the most fundamental programming concepts. Let’s explore the four main OOP concepts in Java and discuss how each works.

Java is one of many programming languages and technologies supported by Netreo’s leading tools, Retrace and Prefix. At Netreo, we aim to help developers become better. Let’s take a look at some of the foundational Java programming language concepts with a primer on OOP concepts in Java.

Definition of OOP Concepts in Java

The main ideas behind Java’s Object-Oriented Programming, OOP concepts include abstraction, encapsulation, inheritance and polymorphism. Basically, Java OOP concepts let us create working methods and variables, then re-use all or part of them without compromising security. Grasping OOP concepts is key to understanding how Java works.

How OOP Concepts in Java Work

OOP concepts in Java work by letting programmers create components that are reusable in different ways while maintaining security.

Abstraction lets programmers create useful and reusable tools. For example, a programmer can create several different types of objects, which can be variables, functions or data structures. Programmers can also create different classes of objects as ways to define the objects.

For instance, a class of variable might be an address. The class might specify that each address object shall have a name, street, city and zip code. The objects, in this case, might be employee addresses, customer addresses or supplier addresses.

Encapsulation lets us reuse functionality without jeopardizing security. It’s a powerful, time-saving OOP concept in Java. For example, we may create a piece of code that calls specific data from a database. It may be useful to reuse that code with other databases or processes. Encapsulation lets us do that while keeping our original data private. It also lets us alter our original code without breaking it for others who have adopted it in the meantime.

Inheritance is another labor-saving Java OOP concept that works by letting a new class adopt the properties of another. We call the inheriting class a subclass or a child class. The original class is often called the parent. We use the keyword extends to define a new class that inherits properties from an old class.

Two more examples of polymorphism in Java are method overriding and method overloading.

Examples of OOP Concepts in Java

Now that we explained the foundational OOP concepts in Java, let’s look at a few common examples.

In the example below, encapsulation is demonstrated as an OOP concept in Java. Here, the variable “name” is kept private or “encapsulated.”

Example of Inheritance in Java

It’s quite simple to achieve inheritance as an OOP concept in Java. Inheritance can be as easy as using the extends keyword:

For a full tutorial on the different ways to use inheritance in java, see this blog post.

Short Example of Polymorphism in Java

In the example below of polymorphism as an OOP concept in Java, we have two classes: Person and Employee. The Employee class inherits from the Person class by using the keyword extends. Here, the child class overrides the parent class. For the full example, see this blog post.

The goal of OOP concepts in Java is to save time without sacrificing security and ease of use. The following best practices are all oriented toward advancing that main goal.

These concepts and best practices are only as great as the developers that implement them. To make your work better, you need productivity tools to improve your Java programming.

Try Netreo’s Prefix and Retrace to help you write and maintain the best code ever!