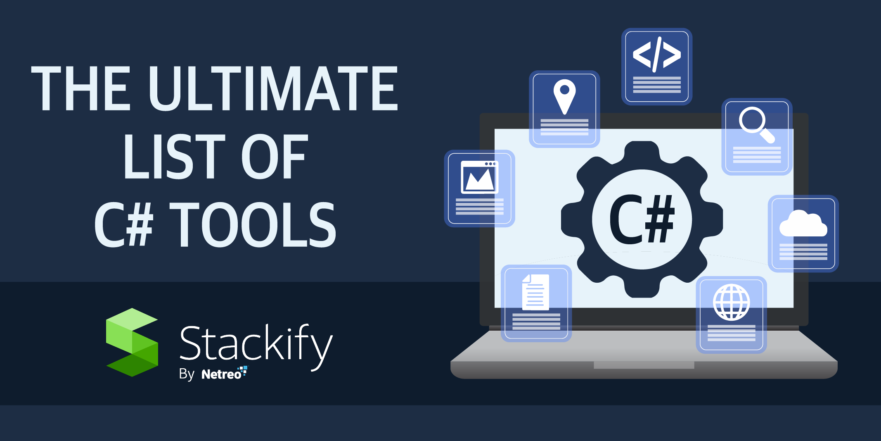 C# is a widely used programming language in enterprises, especially for those that are heavily Microsoft-dependent. This language comprises a lot of tools with individual strengths. Here, we list C# tools for IDEs, profilers, automation tools, and more.

If you build apps using C#, you most likely use Visual Studio and have explored some of its extensions to supercharge your development. However, this list of C# tools might just change the way you write C# code for good.

Best tools for C# programming in the following categories:

Use the links above to jump to tools in a specific section, or keep reading to browse the complete list.

Developed by Xamarin, MonoDevelop has many similar features as VS Code and also supports cross-platform development. With MonoDevelop, you can quickly write desktop and web applications on Windows, Linux, and Mac OS X.

Rider is a cross-platform .NET IDE tool from the comprehensive JetBrains suite of products. The tool works perfectly on the IntelliJ platform and ReSharper. 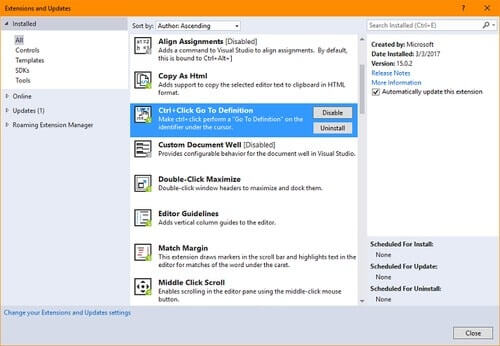 Provided by Microsoft, this is a great extension to quicken development with Visual Studio.

A productivity extension that simplifies coding with the popular jQuery framework, jQuery code snippets offer more than 130 snippets for Visual Studio 2012, 2013, 2015, and 2017.

CodeMaid is an open source VS extension that can help you clean up and simplify code in a variety of supported languages in addition to C#.

Make your C# code easier to read and fix common errors with Refactoring Essentials, a VS extension with built-in code converters for C# and VB.

SlickEdit is a code editing tool that can boost productivity and improve the quality of your code. It’s a cross-platform code editor that supports more than 60 languages (including C#) on nine platforms.

Rextester (which stands for Regular Expression Tester) is a simple online compiler for C#.

C# Pad is a handy REPL C# tool. It’s easy to use: simply enter your code and click “Go” to evaluate it.

Another lightweight code compiler, Jdoodle supports 63 languages (including C#) and allows you to save your programs and share them with others through a URL. You can embed code created in Jdoodle to your website, use it for collaboration, online interviews, and more.

.NET Fiddle is a popular fiddle tool for C# that comes from an inspiration of JSFiddle.net and is meant for quick, simple code testing without the need to open Visual Studio and create a new project.

You might also want to compare Fiddler with Charles as another alternative.

Json.NET is a popular JSON framework for .NET that runs on Windows, Windows Store, Windows Phone, Mono, and Xamarin and enables developers to create, parse, query, and modify JSON, convert between XML and JSON, and more.

A simple online editor to write and execute C# code, Scriptcs is designed with simplicity in mind to avoid hindering your productivity with overly complex tools and solutions.

A free, standalone tool offered by JetBrains, dotPeek is based on ReSharper’s bundled decompiler that lets you decompile .NET assemblies into C#. 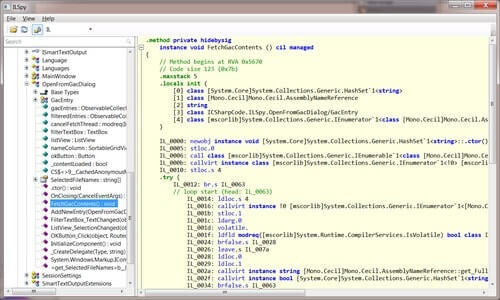 An open source decompiler based on Red Gate’s .NET Reflector, which was discontinued in 2011, Ilspy requires .NET Framework 4.0.

A capable decompiler from Telerik, JustDecompile is a free, open source decompilation engine.

Microsoft launched MSBuild in 2008. It’s not part of the Visual Studio platform, but it’s a good resource for your C# development toolkit for certain use cases, such as building code projects apart from a solution.

FinalBuilder is an excellent commercial option for a build automation tool. With FinalBuilder, you don’t need to edit XML or write scripts to automate your build process.

SemanticMerge understands your code and is designed to handle code that has been moved or modified, making it a powerful tool for team collaboration.

TF Version Control is Microsoft’s alternative to Git, well integrated into Visual Studio, and enterprise-ready, so it’s a good choice for teams of any size working with VS projects.

BitBucket is a capable version control tool and Jira’s alternative to Git, with many third parties proclaiming it, “the only collaborative Git solution that massively scales.”

SourceTree is another Jira offering, a free Git client for Windows and Mac, with a simple Git GUI for managing your repositories.

Selenium is one of the most popular testing tools available today. It automates web browsers so you can run tests at scale with precision.

JetBrains’ ReSharper is a Visual Studio extension for .NET developers for analyzing code quality on the fly, eliminating errors, safely changing the code base, and more.

OzCode is a Visual Studio extension for C# offering powerful debugging tools, so you can spend more time developing and less time debugging.

CodeRush is a VS extension that helps you find and fix issues easily, like several other testing tools in this section.

A lightweight developer tool for .NET, Java, PHP, Node.js, Ruby, and Python, Prefix shows you logs, errors, queries, and more in real-time. It works within your existing workstation, and is free.

JetBrains’ dotTrace is a profiler that helps troubleshoot performance issues and speed up applications. 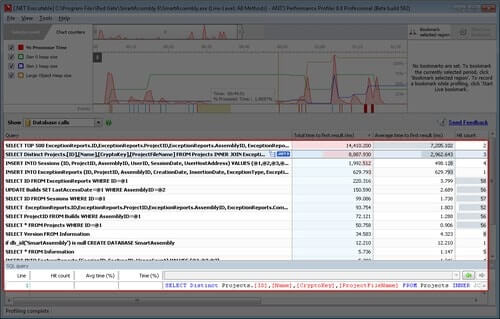 A fast, accurate performance profiler, N Profiler provides rich .NET performance data to save you up to 90% of optimization time.

Retrace is the only developer tool that combines APM, logs, errors, metrics, and monitoring in a single platform to help you build better applications. Designed for production and pre-production servers, Retrace starts at just $10 per month.

A CI build server that takes care of not just builds, but deployments too, Appveyor is robust, secure, and requires no setup to get started.

AppHarbor does more than deployment: it’s a fully-hosted .NET Platform-as-a-Service used to host everything from personal blogs to high-traffic web apps.

More than a deployment automation tool, Jenkins is the most popular CI server that’s extending its reach to the deployment and delivery phases as well.

Docker.DotNet is a C# client library for the Docker API. With it, you can interact with the Docker Remote API programmatically.

A powerful tool to containerize C# applications, Distelli helps you automate your container workflow from end to end. See this helpful tutorial for how to build and deploy a C# application with Distelli. This tutorial provides step-by-step instructions for building and deploying a Docker C# application.

We hope you’ve found a tool or two that you can put to use today and improve the quality and productivity of your C# development. Let us know if there’s any tool we missed out on that deserves a spot in our Ultimate List of C# Tools.

Choose the Best C# Tool for Your Application

All the C# tools above are tried and tested by a lot of developers.

What’s important is that you choose a tool that you can trust and rely on for developing a robust application. To ensure that your app is running smoothly, you need a reliable Application Performance Monitoring (APM) tool that can help you write better code and deploy applications with fewer backfires. Try out Stackify by Netreo’s FREE code profiler, Prefix, and be amazed at how it can help strengthen the code you develop and applications you create!