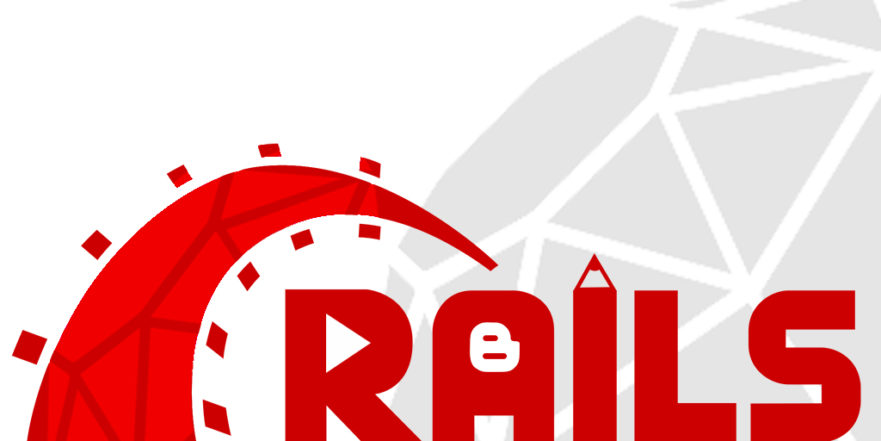 Ruby on Rails is a server-side web application framework that is completely designed in Ruby under the MIT license. Rails can be viewed as an MVC (model view controller) framework that has built-in support and provides structure for a database, web services, and web pages. Nearly 1 million live websites use Ruby on Rails now which is why companies like Stackify are starting to support Ruby with their solutions like Retrace to ensure no errors slip through the cracks as deployments get pushed into production.

There are plenty of sources such as online courses, tutorials, blogs, YouTube channels, podcasts, e-books, and development tools as well. You can easily find a lot of online communities created by the Ruby developers that generally answer frequently asked questions. For instance, Stack Overflow is a platform that has around 280,000 questions related to Ruby on Rails. Similarly, GitHub is another place where you will find the answer to thousands of questions related to Ruby.

First, let’s find out the best blogs to learn Ruby on Rails.

The Official Ruby on Rails Blog

This is the official blog of Ruby on Rails, which is often referred to as Rails. It is among the best blogs to learn Ruby on Rails programming language. It has a huge collection of Rails articles that cover almost all the concepts of Ruby on Rails. It includes topics like Introducing action text for Rails 6, Multi env credential support, Action cable channel unit testing, Read replica database configurations, faster parameter filtering, cookies with purpose etc. Around 1 post is updated regularly on a weekly basis in this blog.

O’Reilly is a leading learning company that assists users, developers, and even big communities to learn and develop skills by implementing technology-driven transformation. They have created their own blog that contains several Ruby tutorials and interview videos of experienced developers from all over the world.

Reddit for Rubyists is a subreddit where you can get news about the Ruby programming language. Reddit is one of the most popular communities where millions of people post, vote, and comment daily. You can share the content of your interest in the form of texts, videos, images, links, and stories. You will find comments and questions related to your topic of interest as well. It is the fifth most visited site in the US. It has more than 400,000 Twitter and 1,000,000 Facebook followers. Around 34 posts are updated regularly on a weekly basis.

This blog is one of the most common and popular Ruby on Rails blogs and has more than 25,000 feed subscribers, 7,000 Twitter followers, and 240,000 page views per month. This blog was created by a British developer, Peter Cooper. It has Ruby and associated technologies including Rails, Sinatra, Rubinius, and JRuby. This blog was first introduced in May 2006. It contains some interesting topics such as:

If you are already working with Rails, then you can opt to choose this blog as it will notify you in case of new security updates.

The Drifting Ruby Screencasts (DRS) log has a good collection of tutorial videos and useful content on Ruby on Rails that really helps a lot in understanding the basic functional concepts of Ruby. The videos are useful for both beginners and professional developers who are working with big applications. Ruby and Ruby on Rails are the two main topics covered by the tutorials. Some hot topics under this blog include:

RubyFlow blog is a useful blog that has plenty of useful content related to Ruby on Rails. Developers and users from all over the world post content describing different concepts of Rails. It’s updated with new posts on a regular basis. Some of the key topics posted on this blog include:

This blog was first deployed in November 2016. This provides updated news, good opinions, and well-organized tutorials. This blog is designed by Jonathan Rochkind. It can be viewed as a good aggregator that has the ability to increase the cohesion of the Ruby community. Around 17 posts are regularly updated per week in this blog. It also has some followers on Twitter.

This blog was developed by the leading vendor of professional development tools i.e. JetBrains. Apart from this blog, they have also created development platforms like IntelliJ, ReSharper, RubyMine, TeamCity, and many others. This blog is followed by more than 66,000 users on Facebook and 56,000 users on Twitter. Around 3 posts are updated every month on this blog. There are a lot of useful topics available on this blog such as:

This blog offers different topics related to programming, careers, community, and Ruby. It has a lot of video episodes related to the Ruby. It is suitable for users of all skill levels including novice and experienced professionals. The videos are basically the recording of a panel discussing different topics of Ruby. Some of the popular episodes are:

The company Railsware is located in Europe and has clients from all over the world. They have a strong expertise in Ruby on Rails, and JS Frameworks, and also produce their own digital products. They have more than 1,000 followers on Twitter and around 500 on Facebook. They publish around 3 posts a month on this blog. In this blog you can find information related to other languages like Python and Node.js.

Stackify’s blog is a great source of information, news, and tutorials on Ruby on Rails and other programming topics. Our blog aims to provide high-quality content that is valuable to the developer community.

Some of our popular content on Ruby on Rails includes:

Now let’s have a look at YouTube channels to learn Ruby on Rails, or simply Rails. There are numerous online tutorials available on YouTube where you can learn and understand all the concepts of Ruby on Rails.

On the basis of total YouTube subscribers, the total number of video views and liked, we have highlighted the best YouTube channels where you can start your journey of becoming a Ruby developer.

GoRails offers easy-to-learn and good-quality video content through which you can easily understand the confusing pieces of Ruby on Rails. You can easily learn how to design code and become a proficient developer. With the help of videos, you can quickly understand difficult topics. It uploads 1 video per week on the channel.

thenewboston provides tutorials related to computer and different programming technologies. It has more than 7,000 overall tutorials and videos. These tutorials are specially designed for beginners as well as professionals very easy to learn and understand. It was first introduced in February 2008. It has a very useful collection of 32 videos of Ruby on Rails tutorials. You can learn from installing Ruby to writing your first program in Ruby.

Further you will learn all the concepts included in the syllabus of Ruby on Rails. Apart from Ruby on Rails, you can also learn about Node.js, Angular, Java, PHP, JavaScript, and Python.

Codemy is the best place to learn something online. It is among the most popular YouTube channels and has only one motto, there is always something to learn. Here you can easily learn about languages like Ruby on Rails, Docker, HTML, CSS, Bootstrap, and CoffeeScript. This YouTube channel was first launched in March 2013.

Apart from programming languages, it also provides a better quality training platform for web development, Startup Tech, how to start a company. You can also expect some new courses from codemy like Elixir and iOS Swift Programming.

RubyThursday can be viewed as a library. It contains some amazing and widely accessed video tutorials especially designed for Ruby on Rails. It was introduced on April 9, 2015. Not only tutorials, but you can also find some interesting Ruby Roundtables discussing games, along with machine learning and software consulting.

This is an ideal place to start your journey as a developer of Ruby on Rails. The host, Dain Miller, will help you to go through the tutorial videos. You can learn all the basic and advanced concepts of Ruby on Rails with the help of a step-by-step guide. It was first introduced in September 2014.

The YouTube channel ChicagoRuby is designed by a group of Ruby on Rails enthusiasts and producers of WindyCityRails. This group is actually very famous for holding multiple events in Chicago. It was first launched in February 2008. Around 160 videos are uploaded every week on this YouTube channel. Here, you can learn about different topics like:

This YouTube channel offers easy-to-learn and understandable tutorial videos for both novices and experienced developers. It has a great collection of videos related to not only Ruby on Rails, but also to JavaScript, Blockchain, Ethereum, classes, and subclasses.

Some of the key topics explained in the video tutorials are: