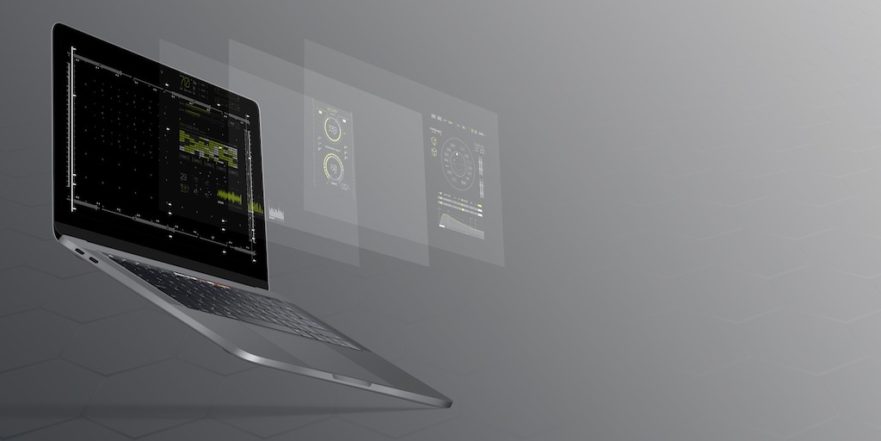 The year 2015 was marked by a new paradigm shift in web development. Google introduced Progressive Web Applications and JavaScript libraries and frameworks, such as React.js, Angular.js or Vue.js, created new development methodologies.

By 2020, the web environment is flooded with PWAs based on reactive programming and built with cutting-edge frameworks.

From the technical point of view, progressive applications have three hallmarks which distinguish them from regular websites:

Having all those features, PWAs took both performance and UX of regular websites to the next level. On desktops, they demonstrate fast performance and perfect UX. On mobile devices, their user experience is nearly identical to native apps.

Let’s delve into the best tools for buidling progressive web apps at a faster pace and with minimum efforts.

This is one of the oldest JS frameworks, introduced by Google in 2010. Among the most prominent advantages is the well-defined and mature methodology, as well as ongoing maintenance by Google. In 2017, Angular 5 was released. It became the first version of this framework that supported PWA with a dedicated script, provided by the @angular/service-worker module. By using the script, you can create a progressive app via JSON configuration rather than building from the ground up.

However, Angular is not free from shortcomings and requires a level of expertise and experience in TypeScript.

If you find Angular too complex for your needs, opt for React or Polymer. They are able to provide reusable components and templates that simplify the processes.

Until recently, Ionic was dependent on Angular components and connected to it. But now things have changed. Ionic works on an advanced tech stack and allows developers to make use of competing frameworks so that those who have contiguous skills can easily build a web app that runs inside a browser.

The framework offers a rich toolkit for covering PWA functionality, including UI elements, unit tests, pre-built routing, and a step-by-step guide on how to use Ionic when it comes to PWA development.

Ionic is a reasonable solution for those who are moving from Cordova/PhoneGap to cutting-edge responsive web apps.

Created by a single person and driven by the MIT community, open-source Vue.js is one of the most advanced JS libraries in terms of coding and rendering. The framework comes with multiple default packages – for routing, state management, rendering on the server-side – as well as CLI3, a separate package designed for PWA building. The benefits of Vue.js include:

Vue.js is a common solution for building smaller projects and MVPs. However, the framework provides enough capacity for more complex and dynamic apps. The only drawback is the lack of experienced Vue developers on the market. As such, if a company wants a PWA based on this framework specifically, it is likely to face a problem of hiring a dev team.

React.js was released in 2013 by Facebook and can be used to create both SPA (single-page applications) and multi-page apps. With additional JS libraries (GatsbyJS, NextJS), developers are able to generate server-side and client-side rendered pages, routing, API interactions.

Magento PWA Studio is a toolkit aimed at helping developers to create a PWA Storefront on top of a Magento responsive website. It is tailored to the Magento 2 platform and uses advanced libraries and tools corresponding to the platform’s principle of extensibility.

The best thing about the PWA Studio is that it follows the same release patterns as Magento 2. So, it is always in line with M2 architectural and development changes.

Even though Magento PWA Studio streamlines the processes of creating a progressive storefront, hiring an experienced Magento front-end developer can turn out to be a challenging task. A good developer has to be familiar with cutting-edge frameworks (at least one from the list above) for building UI reusable components, as well as markup languages, and the architecture of Magento 2.

ScandiPWA is a ready-made solution that is also designed for Magento e-commerce websites but is quite different from the previous tool. Scandi is an open-source Magento first theme rather than a set of tools. This theme doesn’t require middleware, extra services, and databases. ScandiPWA offers a plethora of features supporting the entire user journey – for example, the tool supports multiple languages, stores, currencies, domains.

Unlike other solutions that use multiple data exchange channels, the only channel that Scandi uses is GraphQL which was developed by Magento itself and extended in the theme.

One of the main benefits of this tool is that it allows pages to render faster due to a single page application approach. So, rather than rendering the whole content on a page, it compares the current page with its expected representation. After that, it applies the changes to the part that was changed.

Created by Microsoft, this tool is designed for transforming websites into PWAs with little development work. All you have to do to launch a project is type a URL in the input string.

PWA Builder will automatically identify whether the site is able to support PWA features. It creates a custom web manifest and several versions of service workers. In the end, this is a handy tool for those developers who want to test-drive the format with minimum efforts and budget or simply have little experience with progressive apps.

As mentioned above, one of the most prominent features of PWAs is their ability to work on a poor Internet connection or even in disconnected mode. Being an open-source module bundler for Javascript, Webpack is one of the most efficient tools for implementing offline functionality to websites.

The tool was created for building dependency graphs between fonts, CSS elements, images, and other JS files. The graphs minimize the need for dependency management, reduce the volume of server calls so that static elements load faster.

However, Webpack Module Bundler has a drawback. The instrument doesn’t offer user-friendly documentation and its learning curve is quite steep. Hence, this tool is mostly for experienced developers.

This dev tool is a common solution for building PWAs on top of WordPress websites. Taking into account that the manual process of creating a progressive app can be challenging and solid knowledge of at least one of the progressive frameworks is required, this tool streamlines the process making it much easier for inexperienced WP users.

SuperPWA is an extremely popular and user-friendly plugin for PWA building. The tool is known for its ability to create high-quality offline pages. Even though with this plugin alone, you can’t utilize all the features that PWAs offer, it is able to add offline functionality to your site. Thus, once the module is installed, your users will see an “Add to Home Screen” notification on the screens of their devices.

This plugin is also tailored mostly to WordPress websites. It enables developers to pre-cache some aspects of the site, as well as send push-notifications to users just like native apps. WP-AppKit is a free of charge plugin available on WordPress.org. To generate PWA projects, WP_AppKit leverages Backbone.js, a front-end framework.

Progressive Web Apps are worth attention thanks to their flexibility, immersive UX, and a wide range of handy features. The frameworks and dev tools for building PWAs are expanding and growing with updates every 2-3 months. In general, choosing a tool doesn’t make much difference to the application behavior. The choice mostly depends on the developer’s expertise and the area of interest. Use the best tools for building progressive web apps to create a PWA with minimum efforts.