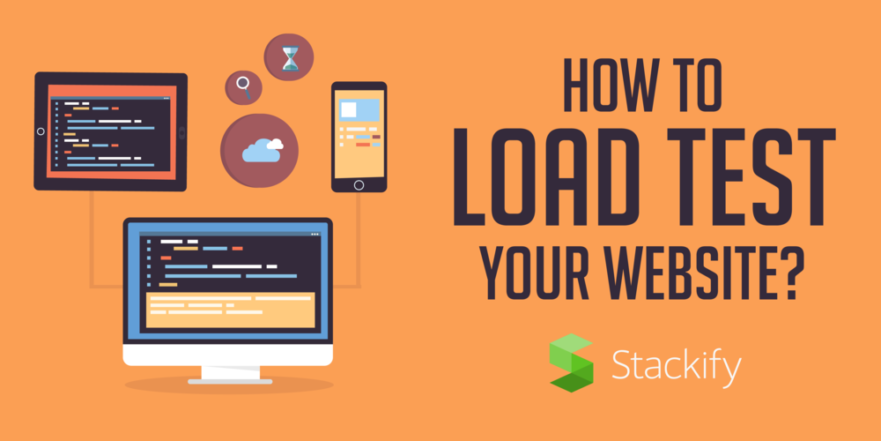 Website owners commonly ask why they need a website performance load tester.  Throughout web history, some extremely popular sites have had their fair share of serious downtimes.  Either they get massive traffic volumes, or their website simply crashes. Thus, web performance load tester services check the application’s ability to perform under anticipated user loads.

Online presence requires site owners to identify performance bottlenecks before a website goes live to ensure optimal system performance. Here are some real events that will serve as our foundation in getting the gist of load testing:

Indeed, many websites suffer delayed load times due to heavy traffic. Not only that, but they also suffer revenue loss. According to Neil Patel, “If an e-commerce site is making $100,000 per day, a one-second page delay may cost $2.5 million in lost sales annually.”

Therefore, there is a demand for developers to create a balance between development and testing. It requires strategies and tools to perform proper load testing practices.

This is where Application Performance Management (APM) solutions like Retrace come into play. Retrace by Stackify is a well-rounded APM that allows you to deploy with confidence. It doesn’t only focus on load testing but caters to the overall health of your website or your web app.

What is Load Testing?

Load testing is part of performance testing. Its objective is to provide confidence in the system with its reliability and performance. Bottlenecks are identified under heavy user stress scenarios before they occur in a production environment. Therefore, load testing not only provides excellent protection against poor performance but also accommodates complementary strategies.

It is a type of non-functional testing in the field of Software Engineering that determines how the website application or websites behave while being accessed by multiple users simultaneously. Also, most load testing practices are commonly used for web-based applications.

Developers are often asked by business owners this simple yet tricky question. Load testing is not just for Quality Assurance compliance as it is also a critical part of performance testing.

The answer is that load testing should be part of the development, and it will always be around as owners continuously scale their web presence.

On the other hand, for those who already have existing websites with issues about the website’s availability and scalability, the best approach is to perform load testing first. Also, when you have a small number of users, consider load testing as the initial step.

In website development, the goal of load testing is to identify the following problems before moving it into production or going live.

Load testing comes in different variants. Here are some ways to perform it:

This type of load testing is mostly done by users and doesn’t produce repeatable results. It is not conclusive measurable levels of load testing and a complicated process to coordinate. Users often use the concept of time study but it doesn’t reflect the overall status of the website.

It is more on a custom load tester when an organization sees the need for load testing.

For website owners who are on a tight budget, there are several load testing tools available as open-source. These are free of charge but may slightly differ in terms of features and capabilities compared to their paid counterparts.

For extremely huge companies with a global audience, this type of testing is ideal. It has a capture or playback facility and simulates a large number of web users.

Response time is the fundamental metric for load testing. However, there are other prerequisites to consider. So before you begin, you must determine that:

Too often, guidelines for load testing are only exclusive for software testers. However, developers must also know that:

How to Perform Load Testing?

In load testing, the first thing to decide is what to test. You may start with your critical services. This way, you get an idea of how your most valuable services affect your business. Also, work on the most frequent user journey and assess its most significant risks.

This information is just an initial step on how load testing works. It is either simple or complex depending on the features of the site or web app.

Here are some steps on how to perform load testing:

This is a straightforward list that applies to all. Now, let’s have an example with an e-commerce website.

Mostly, e-commerce websites invest heavily in advertising campaigns but fail in load performance testing. Since this is an on-demand site, focus on testing the performance of your backend requests. Also, consider the two most fundamental aspects that are often present in most web performance load tester services: server response time and the number of returned errors.

A load test simulation on an e-commerce site using hundreds of concurrent users could validate that:

Furthermore, with all the steps in performing load testing, consider these three vital aspects to have a successful load testing process.

Ensure that test cases are well-defined. Test cases follow the concept of having test inputs, execution conditions, and expected results. It has a specific objective, such as to execute a particular program path or to verify compliance with a specific requirement.

Test cases are part of test plans that simulate users’ behaviors. It is done using virtual users on emulators, or it may involve using real users with different physical devices. They are significant as they allow website owners to see how their sites or web apps perform under virtually realistic conditions.

The load environment plays a critical role in load testing. Hence, consider even the smallest hardware configuration differences as it can have a big impact on the test results.

To have an ideal environment, ensure proper assessment of your hardware limits. It can help you with determining possible bottlenecks ahead of time. Although no test environment will ever exactly replicate your production, ensure to get things as accurate as possible.

Load testing takes time, and the best approach is to run the load test incrementally. You don’t want to test everything at first. Instead, start with a small number of distributed users and then scale up slowly. It will help you to identify the bottlenecks better. Establish the time and location that contributes to loading problems or when the system crashes.

It is a looping process, and you should perform analytics after each iteration. Fix the bottlenecks and move on to the next test case.

The success of your load test depends on the strategies and the kind of tools you choose. To achieve best-in-class website monitoring and load testing tools, try Stackify’s products!

For example, take a look at how Americaneagle.com and ROC Commerce stay ahead with Retrace. It provides optics on how the system responds to peak traffic loads and how APMs help in knowing about the issues before they strike. Using this tool offers a proactive rather than a reactive approach. It is good for the business and ultimately leads to better performance and satisfied customers.

Yet, the dilemma of choosing the right tool is daunting as the market has lots of options. As a tip, it would be better to choose a on-demand, easy to learn, and customizable tool to effectively address the required load testing.

Let’s have a look at the top 10 performance testing tools that also caters load testing:

While load testing is necessary for online presence, it also has some challenges to consider. Here are the advantages and challenges of load testing:

Always keep in mind your end-users

When conducting or planning load testing, always consider your end-users. They’re the bread and butter of your online presence. Without your site visitors and online customers, there will be no revenue. Hence, construct your website performance monitoring plan and testing strategies that keep the end-user experience at the forefront.

Load testing doesn’t end after each load test. Each result is deeply analyzed and compared against the previously identified metrics. Also, ensure that it works towards the business goals and aligns with the business objectives.

Overall, the purpose of load testing is to provide a top-notch user experience. Thus, your happy customers should be returning to your website and engaging with your brand, products, and services.