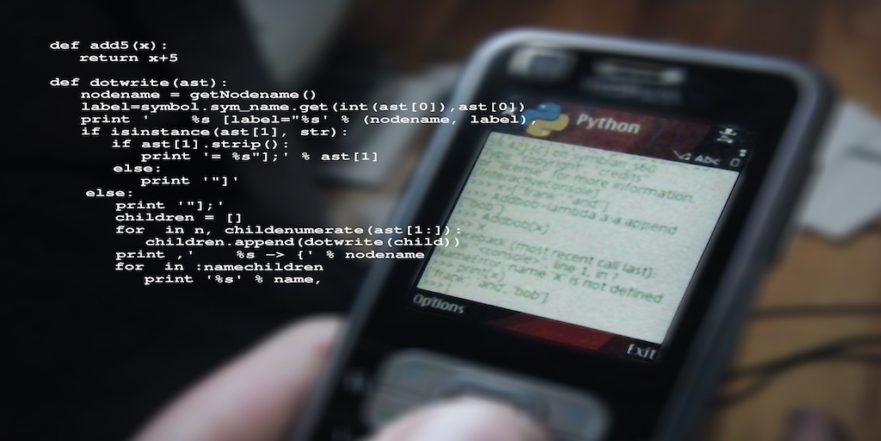 Python is one of the leading programming languages in the world. Many of the world’s most popular websites run, at least in part, on Python, including Instagram, Google, Instacart, Uber, Netflix, and Spotify. When the language is used properly, it can be very efficient and requires low processing power in most cases.

It’s important for sites to rely on python load testing best practices and security testing services by companies like QAwerk to understand how efficiently their site runs. Further optimization may be needed for times when a site is under severe load, or it’s possible that new servers need to be introduced to handle the load.

In either case, it’s vital to start load testing your site or application.

What is Python Load Testing and How Can It Help Your Project?

Chances are good that you’ve conducted a variety of functional and non-functional load tests. These tests are performed routinely throughout the development cycle, and then at the end, a load test is performed.

A good way to think of a load test is to imagine one user is on your site taking up 1% of your resources. The site runs well, and all the functions work as expected.

Now, add in 200 more users and the site’s load capacity may be 40%, causing a bit of a slowdown. However, everything is still functioning properly. You’re conducting tests and measuring metrics at this time, including:

If you keep load times relatively the same and the site is functioning well, it’s time to add more users. Now, you add a total of 5,000 concurrent users on the site and everything changes. Speeds are falling to 10 – 20 second load times, adding items to a database is causing errors and some functions aren’t loading.

This is a load test.

In terms of testing, you want to determine what a “load” of users means to your site. If the site remains stable, the test is a success. Weak links may need to be addressed to correct issues, especially if it had to do with the algorithms and not the server.

Caching and other changes can be made to help deal with higher user counts.

It’s also worth noting that there’s a difference in users. A virtual user may log into their account, sit on the site for a few seconds and leave. You shouldn’t be too concerned about these users because they’re not putting a massive demand on your site.

The users you want to be concerned about are concurrent users that are performing a set of actions when they’re online and utilizing your server’s resources.

All testing has a main goal, and the goal of a load test is to use the data you gain to uncover:

Capacity is a major consideration if you expect your site to grow or to add thousands of users at a time. Nothing derails a site like a server not responding and a site going down. When capacity issues arise, this requires some form of redundancy and ability to spin up new servers to balance the load.

Load tests can be complex, and if you’ve never run a load test on a Python application before, it can be intimidating to start. There are a few best practices that can help you make the most out of your test and get the test completed properly.

A few of the best practices to follow are:

Create an Isolated Environment for the Test

You want to break your site or application during testing. If you’re running a test on a production server, there’s the risk of losing:

All tests should be run on an isolated environment that has all of your target infrastructure in place. You want the infrastructure to be as similar to production as possible. Every fine detail matters.

But keep in mind that datasets that are accessed should be fake, albeit the same volume when compared to the current production server.

If you already have a production environment with logs that you can analyze, this is a good way to see which functions and features need the most testing.

Perhaps 90% of your users will be using a mortgage calculator that is on their dashboard. Since this is a high-trafficked page and is accessed most often, it definitely has a place in your testing environment.

On the other hand, if a page is only accessed and used 0.01% of the time, it’s less likely that it will become a bottleneck that can impact usability. It’s important to truly identify scenarios that you want to test before developing tests.

Perhaps you want to test for major sales events where users go to your site and purchase products. The scenario may be:

You’ll need to perform all of these steps to create a true scenario that may arise. When you strengthen your application, it’s easy to enjoy benefits throughout the application. You may make server changes to help balance a database load, and this change will help other areas of the application, such as a login system.

All tests must be developed and executed. The tests you develop should be targeted specifically to your application to find potential weak points. You may find weak points in the application that you didn’t know existed.

Perhaps logic for one key function isn’t optimized properly and runs very slow when there are thousands of concurrent users on the site.

It’s vital to develop tests for all of these key aspects and features of your site to ensure that it runs smoothly.

Testing must be done at all appropriate endpoints to determine bottlenecks and failures. You can run tests on the login, transactions, adding and/or removing information – everything. Measure the response time and staying power and see how the workload impacts the application.

You should be gathering a lot of data during your test to understand what issues are occurring and where they’re occurring. It’s up to you to manage this data properly to report it to developers to make key changes.

The team should come up with changes and implement them before you run a retest.

All aspects of the test should be run multiple times, after changes are made, to better understand the impact these changes have had on the site or application. Expect to run multiple tests, go through multiple iterations of changes and to continue testing until the results are sufficient.

Tests must measure the right metrics to better understand what’s occurring to the application at any given time during the test. A few of the items that you’ll want to measure are:

You don’t have to reinvent the wheel when using Python. In fact, it’s in your best interest to use a tool that is already built for load testing. These tools allow you to load test rapidly with a lot of great features.

Two of the leading tools are:

If you’re a strong Python developer, you may want to consider Locust because it has what’s known as “Test as Code” function that’s written in Python. JMeter is arguably the strongest of the two frameworks, but it’s built on Java and offers poor “Test as Code” support, which must all be written in Java to run properly.

Both of these options can be used on any operating system and are open source.

JMeter does come with a GUI, which makes it a little easier to get started, but Locust allows for execution monitoring on both console and web. HTTP support is the only built-in protocol supported under Locust, so you’ll need to use JMeter if you want to run other protocols.

Load testing is similar across all languages, and it’s up to you to follow the best practices available. While it’s possible for you to code all of the load tests yourself, there’s also a massive amount of time that will be lost in the process.

Choosing a framework or tool that’s built for load testing will help eliminate some of the prep time and allow you to enjoy rapid development.