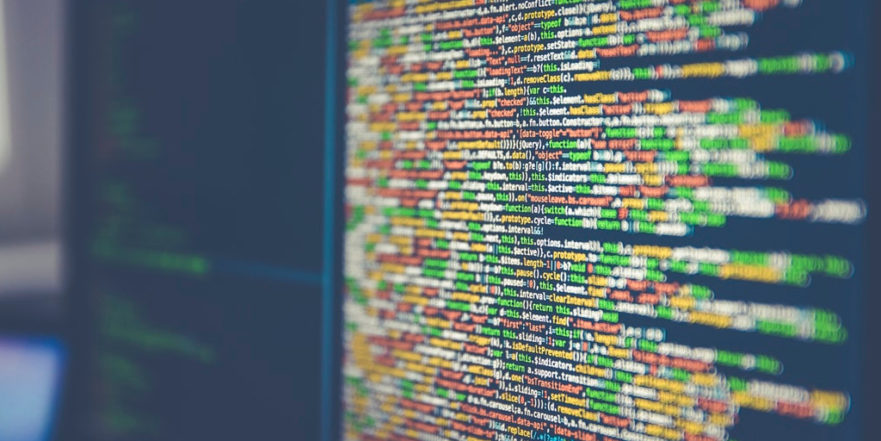 Digitalization is sweeping across many industries, creating a huge need for innovation. This innovation forces companies to be more agile and deliver faster. However, increasing the speed of your development team doesn’t happen by magic. It’s a metric that isn’t easy to change.

How can you adjust to this fast-paced digitalization? I want to introduce you to DevOps.

DevOps helps you deliver software in small chunks or features. The goal is to deliver new features quickly but in a stable way. In most cases, a DevOps team wants to release the product after each feature increment to the production or live environment.

Let’s learn what DevOps is about, what tools it involves, and which benefits it can give you.

DevOps is a cultural shift because it tries to streamline both the operations and development teams. The idea is to share risks and responsibilities. It’s not about developing code and passing on the code to the operations team to be tested and deployed. With DevOps, both the development and operation team are responsible for testing the code and solving bugs as soon as possible.

5 Reasons You Should Adopt DevOps

If you haven’t made up your mind yet about switching to DevOps, take a look at the following reasons. You can also read about some of the DevOps success stories here.

The ability to move fast is of great importance for software companies and product companies. The success of a product is partially defined by its quality and ability to innovate more quickly than the competition.

To move more quickly than the competition, the DevOps approach helps to streamline the operations and development teams. DevOps can provide rapid feedback to your development team about a feature. This shorter feedback loop allows the team to move quickly and be more agile.

The largest benefit is the fact that your team will run the whole test suite every time it merges a new feature into the code. This process gives great feedback to the developers about the stability of the code after adding a new feature. DevOps allows your development team to find bugs early on in the software development cycle and allows team members to move much more quickly.

You already know that DevOps culture is all about merging the operations and development teams. The DevOps culture tries to integrate both teams and have them share responsibilities, creating a more streamlined software development process.

DevOps introduces many automation tools for building software and executing various types of tests. This allows your team to produce software faster. Besides that, you’ll receive quicker feedback, which will allow you to speed up the development process even more.

4. Reducing the Number of Bugs

DevOps lets you test code every time you add new functionality. By testing every small code increment, you can find bugs earlier in the software development life cycle. This allows your development team to resolve a bug almost instantly instead of patching it later on in the life cycle.

In short, DevOps supports a more agile approach toward software development. This agile approach can reduce the number of bugs and improve code quality.

DevOps is all about sharing risks and creating a productive work environment. Also, it embraces riskier moves that help spark innovation.

In addition, DevOps reduces bureaucratic obstacles that can slow the team down. It’s all about creating one shared, efficient workspace.

Many teams wonder how they can start implementing a DevOps culture. Let’s discuss some of the challenges your team may face during the transition.

Moving From Manual to Automated Testing

The first challenge is related to transitioning from a manual testing approach toward automated testing. Getting your testing environment right takes time. Moreover, your organization might want to hire some extra resources who are experts in setting up an automated environment.

Moving From Big to Small Releases

You might test and deploy your product every three months. In contrast, DevOps encourages you to develop a release plan that embraces small functionality releases.

However, it’s not easy to split up your release plan into smaller chunks of functionality that you can release every two weeks.

To make this change, developers need to embrace testing as part of their coding routine. Every small release needs to be tested first before it can go to the production environment.

Changes often lead to resistance. This rule also applies to merging your operations and development teams. You’ll have to work on streamlining processes and communication to successfully merge both teams. This means that your teams will have to learn and adopt new processes. For example, the development team needs to provide one developer who can assist the operations team with defining test cases for testing a new piece of functionality.

No DevOps Vision or Strategy

It’s hard to fully embrace the DevOps culture. You’ll need a clear vision and strategy. Often, you’ll want to develop a release plan that facilitates a DevOps vision by making the plan more agile, but you’ll also think about how different bits of code can influence one another or slow down development. If you can think with a DevOps mindset, you’ll gain much more efficiency.

In this last section, let’s look at some tools that people often use when implementing a DevOps culture.

The first tool is Chef, which is an open source systems management and cloud infrastructure automation platform. Chef can manage virtual machines, containers, and servers. Chef uses so-called recipes and cookbooks that abstract complex configuration. To give an example, the keyword directory followed by a path creates a new directory for this path. It’s a simple approach to creating automated flows.

Retrace is a tool from the Stackify team. The tool helps development teams monitor their applications, gain insights and metrics, and aggregate logs for later use. It also offers error tracking and code profiling to identify performance problems.

Jenkins may be the most popular open source, continuous integration tool developed in Java. It allows developers to get fast feedback about their code changes. It can isolate new code changes in a large code base, so you can test code much faster. It’s one of the most important tools for the DevOps team to get insights into the quality of an application.

DevOps culture is gaining in popularity because of its efficiency. When you decide to align your operations and development teams, I recommend changing gradually. It requires time to streamline both teams and set up the automated development flow. Next up, read about key metrics for your DevOps implementation.

Want to learn more about the difference between a traditional software development cycle and DevOps? Check out this article by Sunil Karke.