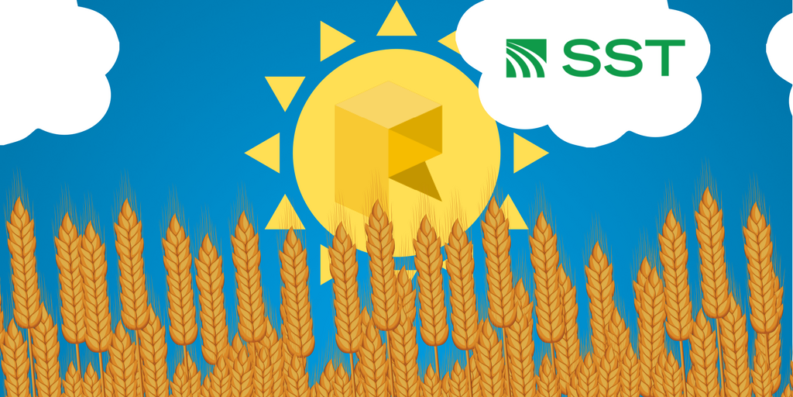 Get Immediate Insights and Alerts – Out of the Box

SST Software has gained credibility as the expert in structuring and managing spatial data for the agricultural industry. Their system manages site-specific data for more than 100 million acres in over 20 countries. We sat down with Systems Architect Scott Wise to learn how Retrace helps his team provide an ecosystem that supports the economic needs to achieve long-term success.

Being with the company for almost 18 years means that Wise has seen and facilitated a lot of changes and improvements. Before he made the decision to use Retrace, they had been using other monitoring software. “Just for monitoring system health,” he recalls, “but that doesn’t really give you good insight to how particular web APIs or web applications are performing.” Eventually, they outgrew that set of services.

“We needed more transparency into how those [web APIs or web applications] were performing, what the call rates were, where our performance bottlenecks were.”

So they started looking. And then one day, Retrace came across his desk.

A Look Inside the “Out of the Box” Experience

One factor in Wise’s decision to use Retrace for his team was ease of installation. “The ability to just install agents on the client machines we were interested in and have it hook into the IIS process there and gather system logs – that was really nice,” he says.

Michael Garten, a developer success specialist at Stackify, helps explain the “getting started” experience that teams like Wise’s experience within the first several minutes of installation.

When a person initially installs the Retrace agent on his machine, Retrace does a smart discovery of all the apps on that machine. From there, it goes to work. “With application performance monitoring,” says Garten, “you can get all the requests and start gaining a good idea of what is being requested the most, what’s slow or fast.” And this happens in a matter of minutes. By the time you see all of this on your dashboard, Retrace is already collecting massive amounts of useful data.

When you’re ready to move beyond high level, you are able to drill into a request and see the entire trace of everything that is happening in that request. “Without any configuration,” Garten adds.

“You think you’re going to spend a lot of time getting it all set up, but installing it and seeing all the data does not take a lot of time at all.”

As Wise and his team continued unpackaging all Retrace has to offer, they discovered several bottlenecks that they didn’t realize were an issue. He noticed API calls that were responding within a couple hundred milliseconds. At first glance, anyone would think that was a good thing. But Retrace showed him the more pivotal information – how frequently the APIs were actually being called.

Immediate insight like that has led Wise and his team to make changes in their backend database and web service logic to improve the performance of the APIs for their customers.

All Hands on Deck

Another feature that Wise has been utilizing to stay ahead of performance issues is Retrace’s alerts and notifications. For example, they’ve been able to set up alerts for particular web services that habitually do not respond well before they actually go offline.

“We’ve used [Retrace] as a way of getting those warning signs of ‘okay, we might have an issue we need to look at’ before it actually impacts our customers.”

An example of a Retrace alert view.

Garten and the rest of Team Heisenbug strongly encourage all Retrace users to take advantage of alerts, which are already part of the package and set up in default monitoring notification groups. “There are different thresholds you can set,” Garten says. “Warning, critical, and outage, let’s say.” Alerts can be sent via email, SMS and Slack notification.

Plus, as Wise has discovered, alerts can be even more specific, depending on your needs. For example, you can set certain alerts to notify you first, rather than your whole team. “We also  offer configuration you can do in the code, around custom metrics. So you’re able to build your own monitors that you can view with all of our built-in monitors,” notes Garten.

An example of the expanded associations section, which will be present if the monitor displayed is associated with multiple items.

From monitoring performance to getting ahead of a potential outage, Retrace has helped SST Software and hundreds of other teams provide great service to their users. “We [keep] our customers getting the service they need, while we figure out the internal problem,” Wise says.