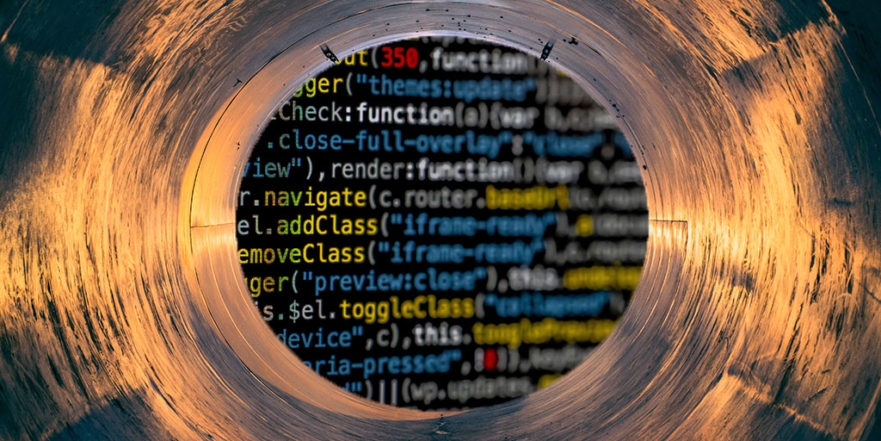 In today’s competitive world, great speed in developing software, features, and fixes are vital. Automation has the potential to accelerate and streamline the processes of testing and deploying applications, all while reducing the chance of developers introducing errors into the code.

Generally, it reduces the time required to test software, especially when applied to repetitive and cumbersome tasks. However, automation alone is not enough, and any software company needs to develop an efficient test strategy that covers the entire development cycle.

To improve the speed of automation and applications, here are the 16 best CI/CD pipeline practices.

1: Identify the tests to automate

In most cases, it is not possible to automate all tests. There are some tasks in which a manual test is more effective, and automating such tasks may not produce accurate results. It is, therefore, a good practice to identify the test cases that can be automated. Additionally, when deciding what to test, consider the frequency of the test and when to perform them.

Tests that are conducted frequently

Not only do these tests take a lot of time, labor, and resources, but they are also prone to human errors, which can lead to inaccurate results. Automating tests improves efficiency and speed while eliminating, the chances of human error, or missing out on some issues.

These tests are challenging to perform when experts or resources are unavailable. This is a risk, especially during critical times when there is an immediate need. Relying on testers with specific skills is risky and may impact deadlines. Automating such tests eliminates the need for high levels of technical skills, hence enabling almost any member of the team to perform the tests any time.

2: Automate as many tasks as possible

The majority of software companies do not automate testing. This is because some tests still require manual testing.

The best approach is to develop a testing strategy. This requires a comprehensive understanding of all processes. Then, all tasks need to be categorized in order to define what needs manual testing, and what can be automated.  Ideally, the tests that the teams perform frequently, and those that require special skills to perform, are ideal candidates for automation.

Running tests in parallel help increase the speed of testing all while completing multiple tasks and getting more results within a shorter time.

However, many companies have limited infrastructure to support parallel testing. In such cases, consider a cloud-based testing infrastructure since it supports running an unlimited number of tests in parallel.

4: Start with the fastest and simple tests

Software companies are always looking to make their entire CI/CD pipeline as fast as possible. However, even after doing this, there are still some tests that run faster than others. In most cases, lightweight tests and heavyweight tests require different resources and time to complete.

Prioritizing faster tests and running them earlier can help save time and address issues quickly. After validating the build with quicker and lighter tests, the next step is to perform the heavyweight, or complex and time-consuming, tests.

If possible, use a clean testing environment for each test to ensure there are no residual effects of the previous tests. Ideally, this means using a temporary environment which can be discarded immediately after the test before the next one.

A good approach is to use containers, since this minimizes the effect of different host environments while providing standard APIs to integrate different components. Using containers prevents any residual side effects of a test to propagate to the subsequent runs, hence reducing the influence of any previous testing activities.

6: Rollback with a version control system

When executing some tests on applications, the testers may identify some flaws missed in the previous releases. These flaws could have risen as a result of changes in an earlier update. Discovering problems at this stage necessitates the need to perform a root cause analysis (RCA). However, this can be time-consuming and may lead to unavailability of some features in the production environment.

In this scenario, the best approach is to ask the developer who made or applied the fix to roll back the changes. This ensures that the developer can assess the fix while the previous version of the software (before the fix) is still working. Such rollback is not possible without the help of version control system. The rollback can be extended to flow diagrams, presentations and documents.

It requires a good amount of effort to move code changes from one environment to the other. For example, whenever a developer makes changes, there is always the need to migrate these to the production environment, which requires some effort and time.

Using a simpler, automated procedure, such as a one-click-migration, can reduce the effort required to make changes. This can also reduce conflicts between various operations. Building this into the infrastructure, or subscribing to one with the one-click options, improves the automation, operations, and production processes.

The CI/CD pipeline plays a great role in ensuring changes in code go through the automated testing cycles, then to the staging environment and eventually to the production. Establishing comprehensive testing practices along the entire pipeline ensures that all changes are clean and do not introduce any flaws or vulnerabilities. Ensuring that the pipeline is fast and reliable is a good way to improve code quality and testing speed.

9: Isolate the CI/CD environment and make it secure

Securing the CI/CD environment is critical to protect code, accounts, and the operations. Generally, the CI/CD infrastructure has access to the credentials, codebase, data, applications, and other components of the production environment. This makes the environment an appealing target for cybercriminals, competitors, etc.

Therefore, software companies must provide adequate protection for CI/CD environments to guarantee the integrity of their application as well as prevent attacks that can compromise the system and slow down operations. Ideally, best practice is to reduce the attack surface by isolating the CI/CD environment and controlling access to certain assets. This means only giving developers the rights they require to perform their roles.

10: Establish a central repository for the code

In a software development environment in which developers push code and execute pull requests best practice is to use a central repository where developers maintain the source code. This ensures that all changes are up to date and synchronized with the latest source code on the production server.

In addition, a revision control can help track changes, application builds, and identify the differences.

All software projects go through various phases and the success of any project depends on how well each team performs its tasks.

Through analysis, teams can learn from previous projects and avoid repeating the mistakes committed in the past while improving on what worked.

Documenting everything empowers teams to evaluate past processes, note the techniques and best practices that work, as well as those that lead to failures or inefficiencies. This enables them to streamline their processes and improve the way they carry out any subsequent projects.

12: Ensure the CI/CD pipeline is the only mechanism deploying code to production

Tooling in the CI/CD pipeline helps improve and enforce best practices for testing and deploying applications. This enables developers to improve the development processes and produce quality code.

Passing code through the CI/CD pipeline ensures that any changes adhere to the established procedures and standards before moving to the next stage. Any failure prevents the advancement of the changes to the next stage until it is rectified. Consequently, this approach ensures the bad code does not get into the production.

Keeping a record of requirements, code changes, tools, successes, failures, risks, and any other critical information for each version, helps teams keep improving their processes.  This provides an easier means for the team members to refer back to past projects, the approaches they have been using, what works, and what requires improvement.

The documentation should also show problems that tests have revealed, and how these were dealt with. It also needs to have a clear testing strategy, plans, responsibilities, and timelines. Version control is also critical as it allows the teams to revisit previous releases.

14: Improve transparency within and across various teams

Most projects require several developers, QA experts, and other stakeholders. With cloud infrastructure, the teams may not necessarily operate in the same region or offices. To ensure success, all team members need to be in sync.

In particular, continuous integration practices help promote transparency between team members. For example, CI enables members of the various teams to see the status of tests.

Working together as a team, can improve the efficiency of tests and the overall project. With CI, everyone, including those in remote offices, can access the same project information, progress and status of tests, as well as results. This enhances collaboration and teamwork, inconsistencies in information.

15: Establish a continuous feedback system into the testing strategy

Feedback enables teams to know if testing or automation tools are working. For example, if feedback shows that bugs are reaching production despite code having passed the tests, teams will need to rectify test scripts and ensure that they are more effective. Also, when testing teams complain about unclear reports, it is necessary to re-write tests and make them better.

With feedback, developers are able to regularly check test scripts, improve them, or add features to make them more effective for present and future projects. It also provides an opportunity to address improve test processes that are slow, those that fail often, bugs, and other weaknesses.

16: Choose and use the right CI/CD tools

Using the best practices highlighted above will help speed up the process. However, tools in the development cycle need to be effective and able to deliver value. With so many tools available, each team should choose the right solution that addresses its testing needs, is cost-effective, and usable.

The best approach is to look at a tool’s capabilities, strong points, and limitations. Ideally, the tool should be reliable and able to perform all the testing functions. This avoids a situation where teams start looking for other tools in the middle of the development processes.

Automation is a critical component of software development, testing, and deployment cycle. It improves the speed and efficiency of executing a wide range of tests. However, to achieve greater speeds and a better ROI, the development and QA teams need to establish and follow various best practices. Some of these include optimizing the test procedures, documenting the processes, improving transparency, involving all stakeholders, and more.

Stella is a Content Writer and Digital Marketing Analyst with a demonstrated history of working in the tech industry. She has written articles on software testing, big data, analytics and latest trends in the tech world. She likes to try different cuisines and traveling to new places.