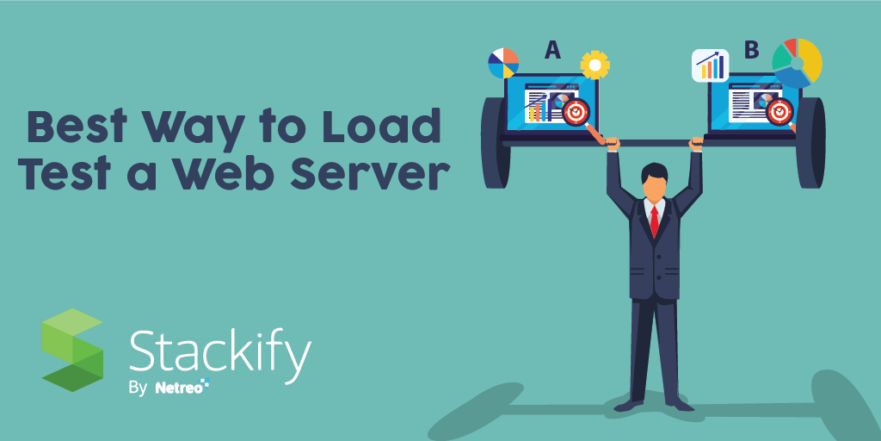 Web server load testing is a very well-known process in performance testing. By testing your web server, you can pinpoint performance bottlenecks and improve your server performance. But what is the best way to load test a server?

In this article, you will learn about:

Load testing is simply a part of performance testing. It goes alongside stress, spike, endurance, scalability and volume testing. However, this article will focus solely on web server load testing. Just like any other load testing, this process tests the load limit of a particular web server.

We all know that a web server is software and hardware that uses HTTP and other protocols to respond to requests made over the internet. The hardware side is the computer device that stores the web server software and a website’s component files. On the software side, a web server processes web user requests and when configured to do so can receive and store resources from a user agent. Without web servers, a website can’t access or display content at all, which is why performance and web server load testing are necessary.

Load testing determines the maximum amount of work a server can handle without degradation. You can run load tests under controlled lab conditions to accurately evaluate behavior in different systems or in the field to see how the server functions under real-world conditions.

There are numerous examples of load testing. Here are just a few:

How to do Load Testing

How to load test a web server? There is no one course of action when performing web server load testing, because everything depends on what server you are using. Nonetheless, here are some ways to perform load testing.

Primarily done by users, manual load testing does not yield repeatable results. The process is complicated to coordinate, so this particular way of testing rarely delivers a conclusive measurable level of load testing.

In-house testing requires a more customized load tester where organizations build tools tailor-fit for their servers. It is more costly and time-consuming, but worth the investment for organizations that recognize the importance of high-performing web servers.

Not everyone can afford to build their testing tool, and manual testing is high-risk for showing problems. The other option is open-source load testing tools. Free of charge and with significantly different features from their paid counterparts, open-source tools  do basic tests quickly and correctly.

In February 2021, Netcraft published a web server survey that contains the latest statistics on the top web server on the market:

Since web server software is plentiful, let’s focus on the benchmarking tool for Apache, the second most popular server.

ab (ApacheBench) is a handy tool for load testing Apache web servers that comes with your Apache installation and produces valuable reports, such as the number of requests per second that the server can handle.

Suppose you want to know how http://www.example.com/ can handle 100 requests, with a maximum of 10 concurrent requests:

One of the main goals of web server load testing is to measure response time. However, a web server can become unresponsive if it nears its limit. Therefore, it is essential to know what the load limits are, what causes them and their symptoms.

Each web server has its predefined load limits, meaning a server can only handle a limited number of client connections. Also, web servers can only serve a maximum number of requests per second. These conditions depend on the following factors:

There are numerous reasons why a web server overloads. To narrow them down, we listed the most common reasons that IT teams encounter such overloads:

There is a famous saying that one should “cross the bridge when you get there.” However, you can still plan for how you cross that bridge before it appears right in front of you! One way is to equip yourself with techniques to prevent overloading your server.

Retrace is the best APM tool you will ever experience and much, much more. Retrace not only offers web server monitoring but also provides a comprehensive view of your application’s performance, too. You can monitor everything about your servers, uncover actionable insights and receive automated alerts and notifications.If you’d like to experience what Retrace can bring to your testing table, sign up now for your FREE 14-day Retrace trial.