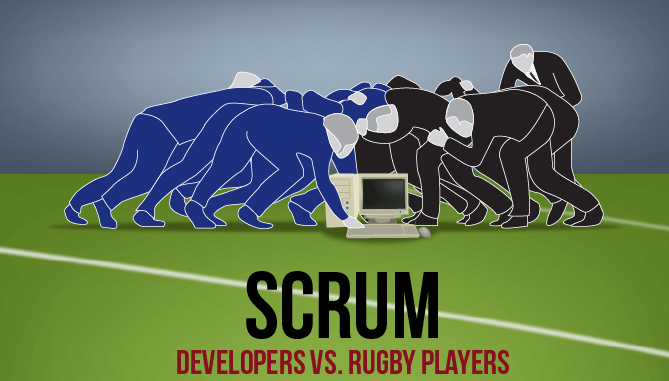 Like many words in the English language, “Scrum” has a few wildly diverse definitions. Let’s take a look at the differences (and maybe even a few surprising similarities) between the scrums of both developers and rugby players!

What is Scrum Development?

Scrum is an iterative and incremental agile development framework. It is a flexible and holistic product development strategy where a development team works as a unit to reach a common goal. [source]

What is a Rugby Scrum?

A play in Rugby in which the two sets of forwards mass together around the ball and, with their heads down, struggle to gain possession of the ball. [source]

What’s the Purpose of Scrum Development?

To bring order to the chaos of a development project. Development requirements from the customer will often change, so Scrum uses sprints to speed through known requirements, while also being able to quickly adapt to project changes.

What is the Purpose of a Rugby Scrum?

To bring order to the chaos of a live ball on the field when no team has possession yet.

Every day, teams meet up to discuss their progress since the previous meeting, and their plans for the upcoming day of work. The meetings are meant to be brief (under 15 minutes), to the point, and demand that everybody shows up prepared. The core portion of Scrum is called a “sprint”, which is a fixed period of time where the development work is actually completed. A sprint usually lasts from one week to one month, and occurs after a “backlog” meeting has occurred to discuss what still needs to be completed, and how long it’ll take. 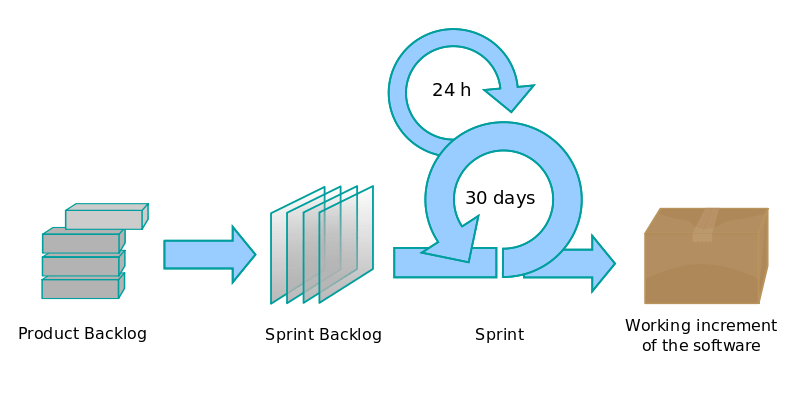 Or to make it a little more clear, Scrum is the exact opposite of this: 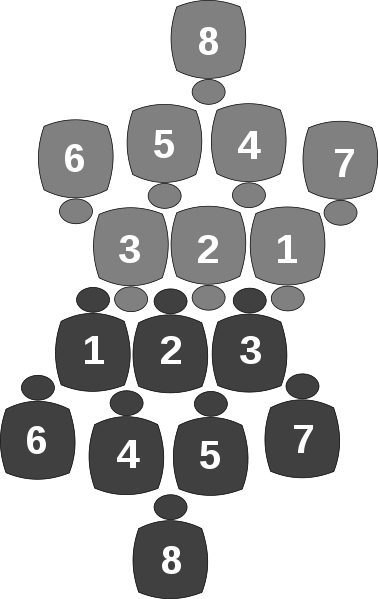 Let’s be honest – those 15 minute daily standing scrum meetings are usually at least an hour. That’s more time than most developers spend on their feet all day!

While it may be odd that a word traditionally used to describe a “confused situation” or “hubbub” would be about a process meant to bring order to the world, it’s actually quite appropriate.

And just because we can, let’s check out Ross from ‘Friends’ showing off his Rugby moves: