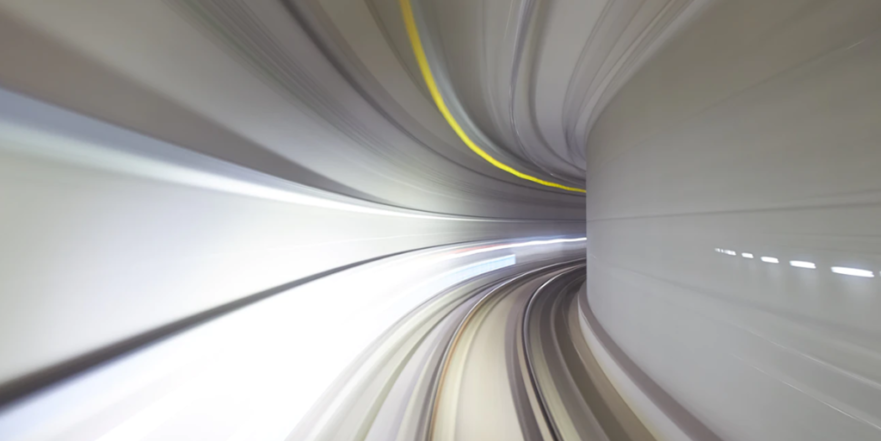 Having high profits and productivity without any disturbance—isn’t that every company’s dream? Whenever there’s talk about better productivity and revenue, DevOps never fails to come into the limelight. It seems like it’s the latest IT buzzword. Everybody is discussing the relatively new concept and how it has come to transform the IT sector.

But how well do we really know DevOps? What is DevOps? Why do we need it? Well, these are some questions we’re going to address in this post. Apart from that, we’ll check out the DevOps best practices that can help a business realize its true potential. So, let’s dive into the details.

DevOps is a development methodology for enterprise applications. DevOps works by creating an agile relationship that connects a company’s development team and IT operations. Both business units are important for the success of a firm. DevOps aims to enhance the relationship between them and improves collaboration. We’ll find out why we need DevOps in the next section.

Why Do We Need DevOps?

Contrary to popular opinion, DevOps isn’t just a trend. Trends come and go like tides and waves, but it’s safe to say that DevOps is here to stay. You ask why? There are numerous reasons firms need DevOps for better overall functioning. On that note, let’s take a look at some reasons why we need DevOps.

Traditional development methodologies like the waterfall model lack speed. This is because there’s no connection between the teams. When one team finishes its work, the other team is just starting. Companies can create products at a faster pace with DevOps in action. Also, the speed of making enhancements in products is high. When you combine efforts by the development and operation teams, the development cycles are shorter. Thus, this results in faster innovation and brings teams ahead of their competitors.

DevOps promotes frequent code versions and makes it easy to detect defects in code. Thus, teams can avoid app failures or defects. Even if a failure occurs, the recovery time is fast because both development and operational teams share ideas. Better teamwork and coordination lead to greater competencies.

To make the most out of DevOps, a firm needs to follow proper implementation strategy. Since we’ve just covered what DevOps is and why we need it, let’s check out some of DevOps best practices.

1. Have a Centralized Unit for DevOps

DevOps consists of various tools like Jenkins or Splunk. There should be a centralized unit for the creation of these tools and operating techniques. The same centralized unit is responsible for implementing agile in the development team. Not only that, the team in charge of that unit must share the most advantageous tools for the company. This team also maintains the tools and creates different guidance programs for implementing DevOps.

The earlier you find out the defects in the software, the better the quality of the product. Teams can do this by shifting tasks to the left. This means shifting them early in the software development life cycle (SDLC). The DevOps team follows continuous integration and delivery. The CI/CD approach helps in delivering high-quality software on a frequent basis. This method also makes software delivery more predictable.

Shifting left in CI/CD means that you’re focusing on preventing problems instead of solving them later. Even if issues arise, the teams detect them early. This leads to an easier resolution of errors. This shortens up the test cycle time and preserves the quality of the code. The shift-left approach also helps cut short the feedback loop between developers and end-users.

Besides a perspective shift, this method covers people and practices. While picking stories for a release, the BA and development teams work together. This means that everyone in a project has a stake in the flawless delivery of the product.

Regular testing of software is a must for composing quality code. With DevOps, developers can fix issues during development. They don’t have to leave everything for the last moment. However, manual testing can slow things down greatly. So, to speed up the SDLC, implementing test automation is a wise move in a DevOps framework. With automation, testers don’t have to repeat mundane tasks. They can spend some time coming up with innovative test cases and working with the developers to prevent bugs.

Since test-driven development is the core of agile, automated testing is a common practice. Automation helps in running more tests and increases the testing frequency. This way, it promotes early bug-fixing and enhances the overall product quality. Fortunately, there’s no shortage of automation tools, so the testing team can check what suits them the best and make a decision.

Code creation, versioning, testing, deployment, and post-deployment are deployment subprocesses. Once a code clears different QA test cases, the Operations team deploys the code in the production environment. Continuous deployment involves releasing the code in versions instead of deploying all at once. There are various tools available for continuous deployment. They start from staging and go all the way up to production. The best part is that they don’t need much human intervention.

5. Keep All Teams on the Same Page

DevOps keeps all stakeholders related to development, operation, and deployment in the loop. Since DevOps is all about working with other departments, communication is a must. And it’s important to keep everyone on the same page to avoid doubts. Although more and more firms are adopting DevOps in the blink of an eye, not everyone is aware of how it works. To apply the strategy correctly, it’s vital to keep every team and member on the radar.

We’re well aware of the fact that no two people have the exact same learning speed. Since we need to keep everyone on the same page, every team member needs education on DevOps and related tools. Now, because the concept is alien to a large faction, doubts or queries might arise. For instance, some developers might think that giving too much time to learning is affecting their day-to-day assignments.

You have to understand that implementing DevOps might not be a piece of cake. After all, developers have a huge job on their shoulders. As a DevOps engineer, it’s your duty to realize that the adaptation of every developer is not going to be the same. Remember that thorough training takes time, and so does developing a strong base.

An automated dashboard is a boon for a DevOps engineer. It provides data along with detailed reports and insights about different operations. Some of these include the number of tests, duration of each test, and success or failure rates. With an automated dashboard, team members can review setup changes to the server and database. Automated dashboards provide a record of deployments across the system.

Real-time insights of different data help teams select the right tool for testing. Moreover, as long as the SDLC is in progress, changes in the system are natural. Automated dashboards provide a holistic view of these changes. To accomplish this, the dashboard comprises different graphs, logs, and metrics.

It’s obvious that once an app goes live, its performance is what decides the success or failure of the teams involved. It doesn’t matter whether you’ve deployed the app on the local data center or the cloud. Application infrastructure monitoring is essential for optimizing its performance. Thus, proactive monitoring by both development and performance teams is a must to check how an app performs. If your team is using .Net, Java, or Python for coding, you can use Retrace to monitor the app’s performance.

9. Consider DevOps to Be a Cultural Change

Thinking of DevOps as way too big of a deal can hamper its adaptation. Rather than considering it a burden, think of DevOps as a positive cultural change. In the IT sector, people are used to working in silos. But after getting used to DevOps, they have to work as one unit. Always remember that adopting this change is the best not only for teams but for a firm as a whole.

For a company to thrive, it has to rise to the highest level and unleash the true potential that lies within. For that, the networking between employees has to be impeccable. Different teams are responsible for how various processes work in a firm. When developers and operators work together, the functioning of a company improves. As a result, the revenues are higher. Adopting DevOps can turn out to be valuable for a business, provided you implement it wisely. Understand the concept in detail and educate your team about it. To know more about how your team is adapting to DevOps, and whether DevOps is working well for your company, take a look at some key metrics to track your team’s performance.

This post was written by Arnab Roy Chowdhury. Arnab is a UI developer by profession and a blogging enthusiast. He has strong expertise in the latest UI/UX trends, project methodologies, testing, and scripting.